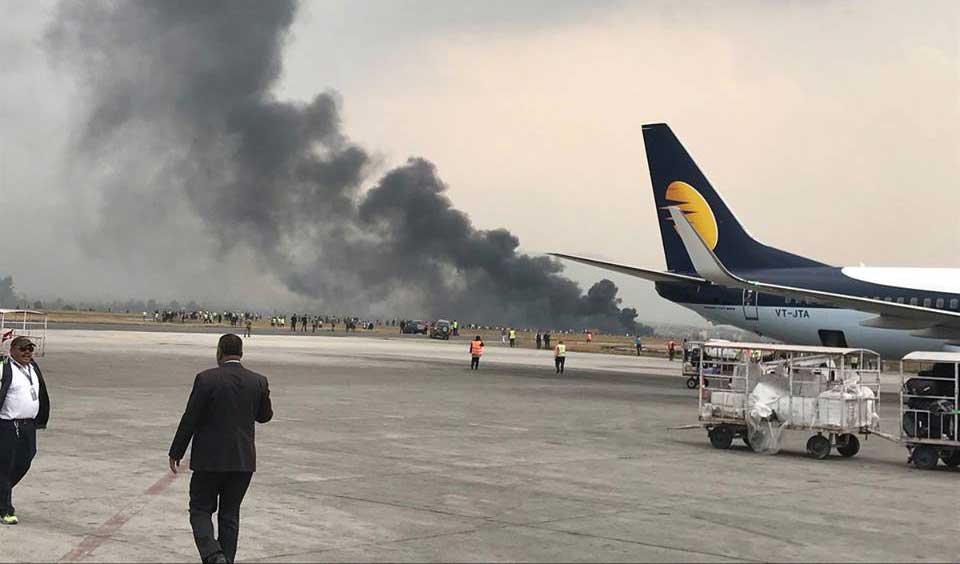 If any passenger gets injured or dies owing to crash, victim or victim’s family can claim compensation from the air carrier.

The recent US-Bangla passenger aircraft crash at Tribhuvan International Airport in Kathmandu can be taken as the largest ever passenger aircraft tragedy in Bangladesh’s history. At least 50 people were killed and very few were alive with injury. An exhaustive investigation is essential to find out exact reason(s) behind the crash.

One or many parties including the pilots, the aircraft authority, the airport authority, the original producer of the aircraft may be responsible for this disaster. Nonetheless, there are some strict liability mechanisms to ensure compensation for the victims or victims’ families.

Aircraft accident has many dimensions—on-board accident, off-board accident, luggage missing, property damage due to aircraft crash—whether it is in domestic or international flights. Nevertheless, if any passenger gets injured or dies owing to airplane crash, the victim—and the victim’s family if the victim is dead—can claim compensation from the air carrier. One can claim compensation regardless of the terms and conditions put by the airline or travel agent while purchasing the ticket.

Compensation laws
Civil aviation was governed by Warsaw Convention formulated in 1929 in earlier days. But it is no more in operation since Unification of Certain Rules for International Carriage by Air which is popularly known as the Montreal Convention has replaced it in 1999. The latter ensures better protection and compensation for the passengers.

The Montreal Convention outlines detail about the responsibility of aircraft authority and rights of the passenger in case of death, injury, and damage to baggage or delay in transportation of cargo. Bangladesh is a state party to Montreal Convention and signed it in 2003, but it is yet to be ratified.

According to Article 17 of the convention: “The carrier is liable for damage sustained in case of death or bodily injury of a passenger upon condition only that the accident which caused the death or injury took place on board the aircraft or in the course of any of the operations of embarking or disembarking.” The meaning of accident under this Convention is an unexpected or unusual event or happening that is external to the passenger.

It can be said that US-Bangla crash is an accident which occurred without any intervention from the passenger and deaths and injuries also occurred on board and the sufferers are entitled to claim compensation under the convention.

Article 21 of the Convention says liability of the airline is to pay up to 113,100 Special Drawing Rights (SDR) in case of death or injury of each passenger. The value of SDRs is calculated as defined by the International Monetary Fund (IMF). It is revised in every five years and the review is carried out on the weighted average of the annual rates of increase or decrease in the consumer price indices of the various countries. For this reason, different passengers from different countries of the same aircraft crash may receive a different amount of compensation.

However, the family of each Bangladeshi deceased passenger can get about maximum 1,74,000 USD (which is more than 10 million in Bangladesh currency) under Montreal Convention. Additionally, the victim’s family may claim higher than this amount if they think the amount is not sufficient for their loss. In this case, the air carrier can contest that claim before the court and they can avoid the higher amount if they can prove that the death took place due to the negligence or any other wrongful act or omission of a third party other than the airline or its staff or agent.

The survivors of a plane crash normally suffer from two types of losses—physical/monetary and psychological. The first includes monetary loss of an injured person including medical treatment cost, loss of income, loss of an organ (if any) whereas psychological loss denotes pain and sufferings arising out of that accident.

Passenger’s rights
In accordance with the Article 33 of the said Convention, every injured person is entitled to get compensation in his/her country of origin regardless of the place of the accident. The responsibility of an airline is a strict liability in that case and there is no need to prove any negligence from the part of the aircraft or any third-party intervention. Nevertheless, the time-limit under the Montreal Convention to claim the compensation for personal injury is two years after the happening of an accident.

The process of determining whether a passenger is suffering from a certain mental condition is entitled to be compensated is highly complex. It is very tough to get any compensation for purely phycological injury without having any physical wound.

In case of US-Bangla crash, all the passengers are reported to have been insured and aircraft authority will provide compensation to all victims or their families whichever is applicable. But Bangladesh needs to enact a comprehensive aviation transportation safety law to ensure safety and security of air passenger, baggage and cargo. It should be noted that Civil Aviation Authority of Bangladesh has already recommended Ministry of Civil Aviation and Tourism for this.

Human life cannot be measured in terms of money yet the government must ensure that the victims and their families get adequate compensation according to international laws. We cannot avoid this obligation.

The author is pursuing LLM in International Energy Law and Policy at University of Stirling, UK raisul.sourav@outlook.com

KHOTANG, Jan 13: Five Nepalis, including two from Khotang, have been stuck in Qatar after not getting salary and work as... Read More...

We will reorganize Bibeksheel Sajha Party in line with the spirit of its establishment: Pandey
15 minutes ago