Paudel, Shahi called up; Aasif to lead in U-19 Asia Cup 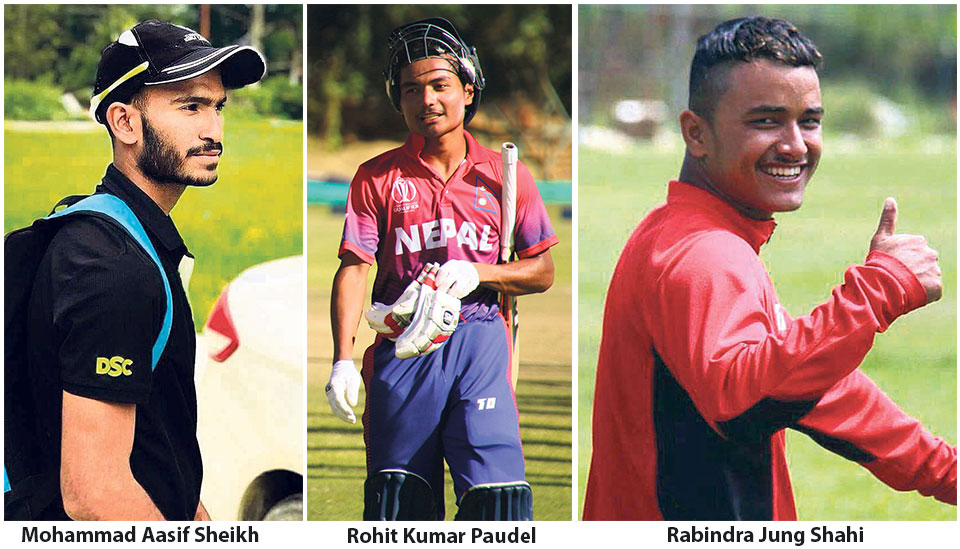 KATHMANDU, Sept 26: A 15-member squad set to represent Nepal in the upcoming Asian Cricket Council (ACC) U-19 Asia Cup which is going to held in Bangladesh from September 29 to October 7 this year, was announced on Tuesday in Kathmandu.

Mohammad Aasif Sheikh will continue to lead the team after winning a match and losing three under his captaincy in India. Kamal Singh Airee, the pace bowling allrounder, will be his deputy.

The return of Rohit Kumar Paudel, the senior national squad member, is set to boost the batting lineup which struggled to cross 200 runs in four attempts in Lucknow, India, during the quadrangular U-19 one-day series hosted by the Board of Cricket Control in India (BCCI).

Similarly, the former national U-16 opening batsman Rabindra Jung Shahi has been called up to further strengthen the batting.

Whilst the rest of the squad remains same including the U-16 duo of wicket-keeper batsman Rit Gautam and opening batsman Trit Raj Das.

The best bowler of the one-day series in India, Sagar Dhakal retained his place as lead spinner along with pace bowler Rashid Khan and off-spinner Pawan Sarraf.

Nepal team will travel to Bangladesh on September 27.

Aasif, Jora make return in U-19 squad for Asia Cup

Nepal drawn in Group A of ACC U-19 Easter Region

KATHMANDU, June 12: Nepal has been placed in Group A in the ACC U-19 Eastern Region Tournament which will run... Read More...

KATHMANDU, Oct 3: A blistering partnership of 53 runs between U-19 cricket team’s Rohit Kumar Paudel and Rashid Khan in... Read More...