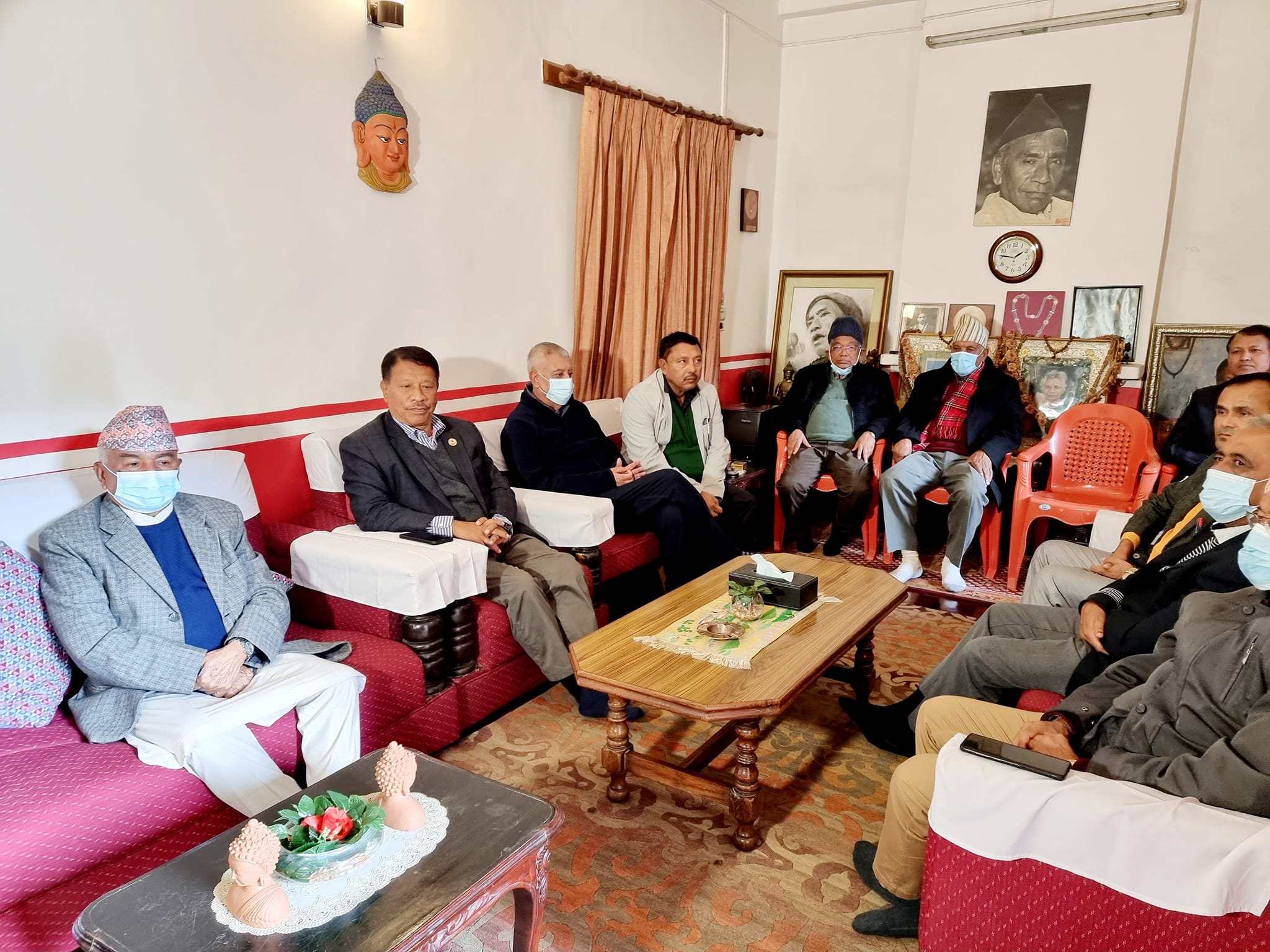 KATHMANDU, Dec 7: Amid competing claims by leaders within the faction for the post of party president in the 14th General Convention set to begin Friday, the Ram Chandra Paudel-led faction within the Nepali Congress (NC) has started internal consultations to find a consensus candidate for party president.

On Monday, Paudel had separately held a meeting with Singh, General Secretary Dr Shashank and Central Member Dr Shekhar to convince them to accept his candidacy for the post of party president. Sources said the meeting could not yield any result as all the leaders stood adamant on their stances to compete in the election.

However, the leaders earlier had agreed to find a consensus candidate for the party president within the next two days. Paudel has called a meeting of the central working committee members close to him for consultation.

While Dr Shekhar has long been making exercises to file his candidacy for the party president, Singh has also opened a liaison office at Ramshahapath to solicit votes for him. General Secretary Dr Shashank has also been insisting that he is the only candidate from the rival faction who can possibly defeat Sher Bahadur Deuba.

KATHMANDU, Dec 18: The counting of votes of the central members (35 members from the open category) will start from... Read More...