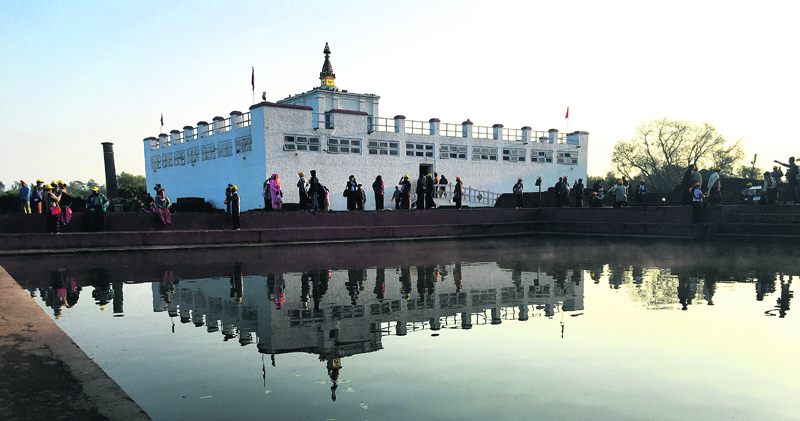 Significantly, the Pashupatinath Temple is a famous and scared Hindu temple. The temple was erected anew in the 15th century by Lichchhavi King Shupuspa. And Lumbini, which is one of the UNESCO World Heritage Sites, is the abode of peace and an ultimate pilgrimage for the Buddhist devotees and peace lovers from all over the world.

Addressing the function, Minister Adhikari thanked World Book of Records (WBR) London for recognizing the importance of these places and including them in the WBR. He expressed hope that WBR would be able to include many individuals and many more other places from Nepal in the days to come.

In the function, Dwarika's Hotel was certified with the world standardization certificate (WSC) and the certificate was handed to managing director of Dwarika's Hotel, Sangita Shrestha by Indian Union Minister Mishra. The hotel was awarded for its world class hospitality.