Party unification is a ‘work in progress’ 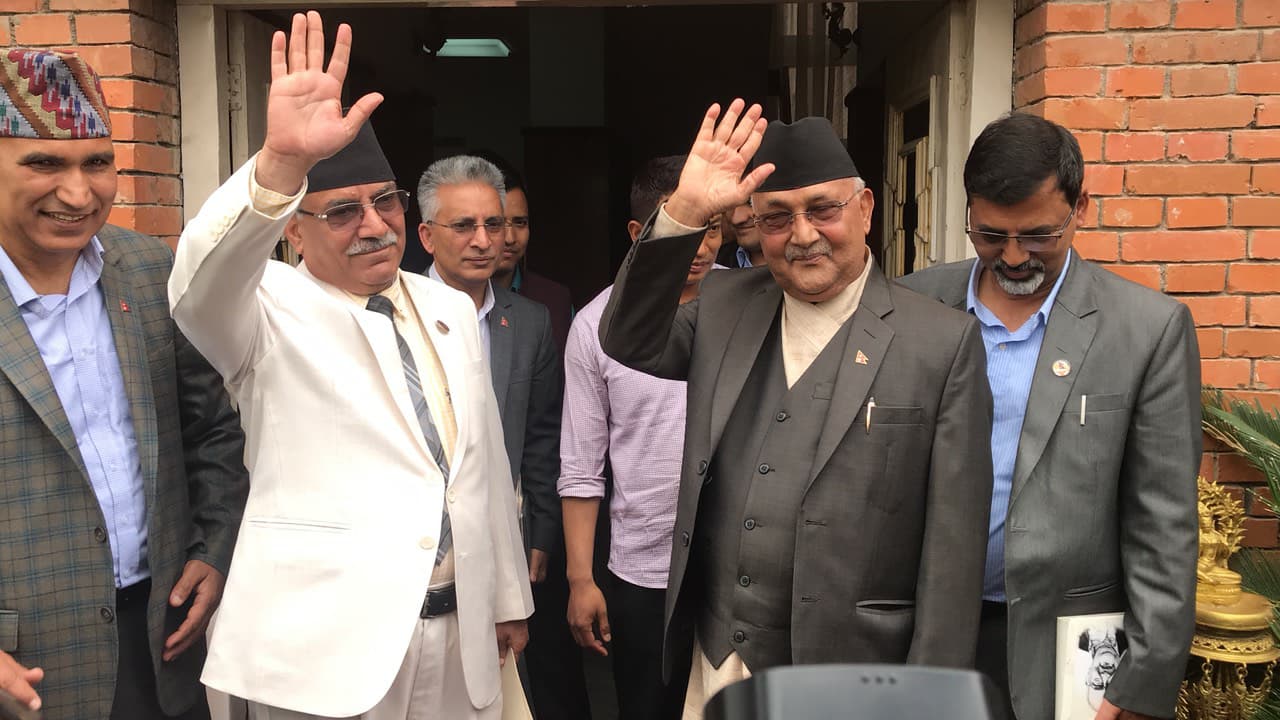 KATHMANDU, May 16: Chairpersons of UML and Maoist Center, KP Sharma Oli and Pushpa Kamal Dahal have stated that the party unification was a ‘work in progress.’

Addressing journalists after the meeting, Bishu Paudel, Deputy General Secretary and Janardan Sharma, senior leader of CPN-UML and Maoist Center respectively, said that the party unification coordination committee would meet at 10 AM tomorrow to come up with concrete recommendations.

Talks on party unification resumed after a month’s hiatus. Yesterday, Prime Minister KP Sharma Oli had invited journalists to Baluwatar to see preparations for party unification. The two parties are expected to merge on Mat 21.

So far, the two parties have agreed to name the unified party as Nepal Communist Party and its guiding principles as Marxism and Leninism. The ‘people’s war’ will receive recognition in the party’s statute to establish republic, inclusion, proportional representation and federalism in the country.