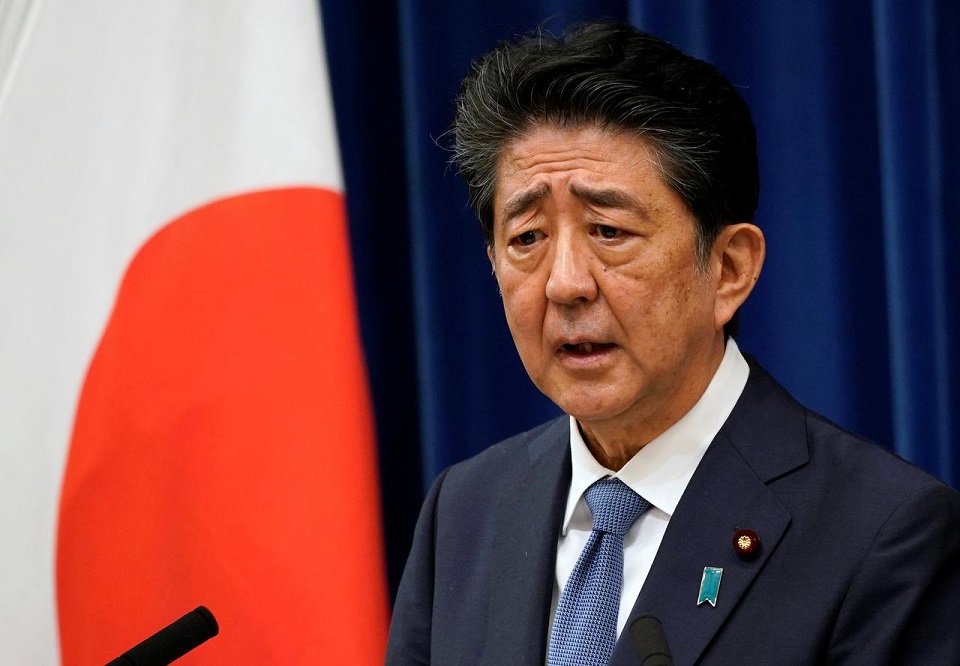 The president of Abe’s Liberal Democratic Party is virtually assured of being prime minister because of the LDP’s majority in parliament’s lower house.

Abe’s announcement that he is stepping down, after a worsening of the ulcerative colitis he has battled for years, marks the end of his tenure and the start of a several-week race to replace Japan’s longest-serving premier.

Deputy Prime Minister Taro Aso, a former prime minister who is also Abe’s finance minister, said he did not plan to join the race to succeed Abe, Kyodo said.

Abe said it is up to the LDP leadership to determine the schedule of the party election but that he believes his health will hold up until a successor is chosen.

Usually, the party must announce the leadership election a month in advance, but in the case of a sudden resignation, an extraordinary vote can be called “at the soonest date possible” among members of parliament and local LDP chapters.

The main scenario is for the election to be held on Sept. 15, Kyodo said, while the format and date will be decided on Tuesday, media reported.