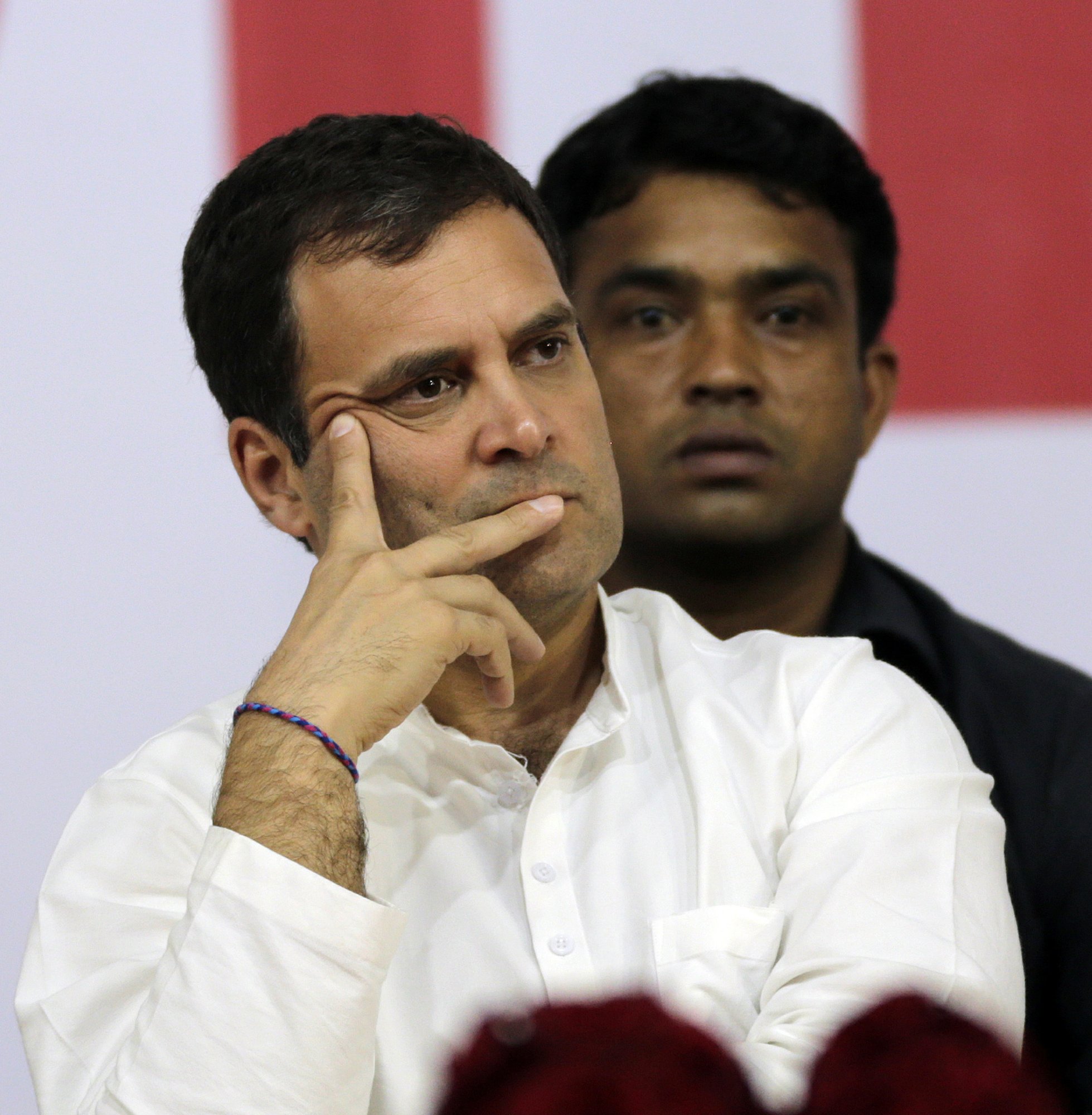 NEW DELHI, May 25: The central working committee of the main Indian opposition party Congress has unanimously rejected party president Rahul Gandhi’s offer to resign from the post of party chief, according to media. The CWC has requested Gandhi to retain his role and “completely overhaul and restructure” the grand old party at every level after the dismal show in the Lok Sabha elections 2019.

A plan to this effect shall come into force at the earliest, , said party spokesperson Randeep Surjewala.

Saying that the CWC, in one voice, urged Gandhi to guide the party in “these challenging times”, senior party leader Ghulam Nabi Azad said he had never seen such unanimity across age groups in any CWC. Nobody has doubted his leadership, the situation was such that we couldn’t sail through, he said.

After a meeting of the party committee to introspect the poll debacle, the party resolution said they accept the people’s mandate with humility and will perform its duty as the opposition, raising people’s issues and holding the next government accountable to the people of India.

The CWC unanimously called upon Gandhi to lead the party in its ideological battle and to champion the cause of India’s youth, the farmers, the SC/ST/OBC’s, the Minorities, the poor and the deprived sections, it said, adding that “we shall continue its fight against forces that thrive on hatred and division.”

Prime Minister Narendra Modi led the BJP-led NDA to a historic second term in power, reducing the Congress to 52 seats in the 542 that went to poll. The BJP alone won a comfortable majority with 303 seats. Though the Congress improved on its 2014 tally of 44, it could win just 52 Lok Sabha seats this year. In 18 states and Union Territories, the party could not open its account.

Congress said it will support the government in dealing with issues prevailing over the country, including agrarian crisis, banking sector, NPAs, institutional autonomy, job crisis, and economic slowdown. “Congress party has lost the election but our indomitable courage, our fighting spirit and commitment to our ideology remains stronger than ever,” it said.

Does the change of status for Jammu and Kashmir and the search for a Congress leader tell us something about... Read More...

1st climber tests positive for virus on Everest
7 hours ago