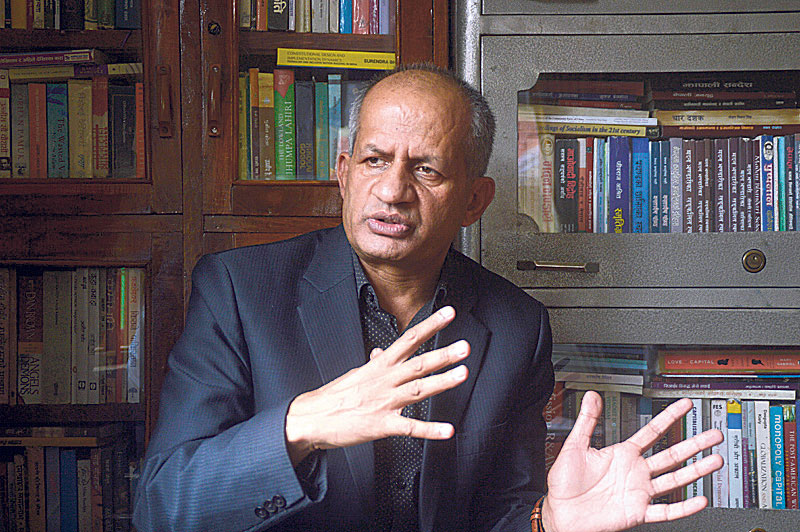 KATHMANDU, Aug 22: The major political parties remain divided over the number of local units proposed by the commission formed to fix the number and boundaries of local bodies under the new federal setup.

The commission has proposed creating altogether 565 village councils and municipalities under the federal setup. But differences have surfaced among the major parties over the commission’s proposal, triggering uncertainty about local polls.

Major parties including Nepali Congress (NC), CPN-UML, CPN (Maoist Center) and the Madhes-based parties have come out with contradictory opinions on the proposal.
NC has demanded a doubling of the number of units proposed by the commission to 1,000. It had called a meeting of its district presidents following dissatisfaction among party leaders with the commission’s proposal. Most of party district presidents present at the meeting on Sunday and Monday criticized the commission report for proposing fewer local units, said NC Tehrathum District President Govinda Dhungana.

“Following calls from the district presidents to increase the number of local units, the party president assured us that this issue would be taken up at the parliamentary party and at central committee meetings,” he said.

The party has also demanded that the task of the restructuring commission should be concluded at the earliest for the holding of timely local polls. However, UML has demanded more local units in the high hill areas than  proposed by the commission.

The ruling CPN (Maoist Center) has said that the number of local units should be finalized after consultations with the people at the local level. “The dispute over the number of local units should first be finalized at the local levels. Then the political parties can discuss the political aspect at the national level,” said Maoist Center leader Dev Gurung.

Madhes-based political parties have, meanwhile, been opposing the commission’s proposal for allocating fewer local units in the Tarai-Madhes region. “The commission has proposed a population of 15,000 in the mountains, 25,000 in the hills and 50,000 in Tarai-

NAWALPARASI, Nov 21: The representatives of the Madhes-based parties have taken over the control of the minutes mentioning the recommended... Read More...