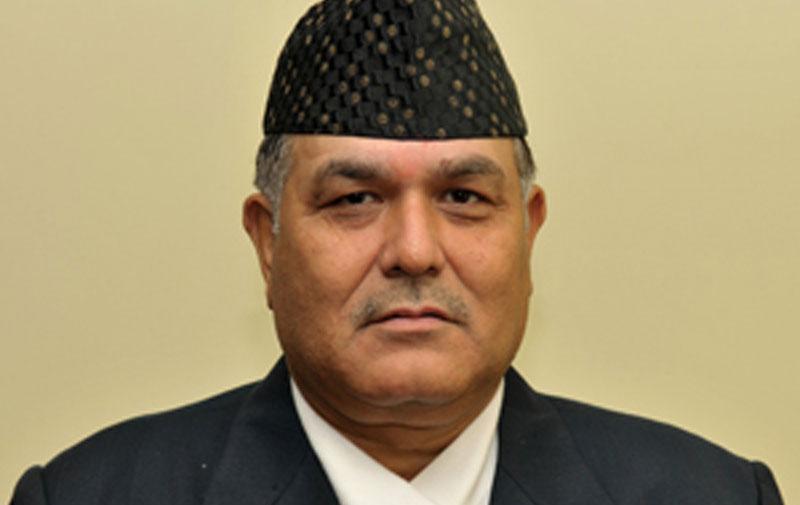 KATHMANDU, Nov 14: A meeting of the Legislature-Parliament today continued deliberations on the motion of impeachment against Chief (now suspended) of the Commission for the Investigation of Abuse of Authority (CIAA), Lokman Singh Karki.

Taking part in the deliberations, lawmaker Mohan Bahadur Basnet expressed his displeasure at the process taken in introducing the motion to the House. The ruling partner was not informed while presenting the impeachment proposal against the CIAA Chief, he said, adding he sees problem within the motion itself.

Yubraj Gyawali claimed that the proposal was brought as per the constitution and the Legislature-Parliament work operation regulations, urging all lawmakers not to harbour doubt on its intention and vote for it.

Alleging Karki of insulting the parliamentary committee, contempt of court, disobeying the people's representative body and of giving psychological torture to employees and terrorizing the public, he said such activities by the CIAA chief compelled lawmakers to move a motion of impeachment against him.

Shyam Kumar Shrestha said none in the country is above the law and the impeachment motion is meant for bringing that person misusing the authority to book. He called on his colleagues to take an appropriate decision to this regard.

Rameshwor Phuyal said Karki had to face the impeachment motion for running a 'parallel government' and neglecting the presence of the parliamentary committee. The motion is meant for protecting the constitution, he argued.

Likewise, Gangalal Tuladhar said the impeachment motion is in the House for safeguarding democracy and sought its endorsement.

Rajendra Kumar KC said the mass people were aware of process adopted in Karki's appointment and why he was appointed in the first place, he was of the view of finalising the impeachment motion soon.

Buddhiram Bhandari and Kamala Sharma, giving their views in support of the impeachment motion, insisted on its approval.

The Legislature-Parliament shall meet again at 11:00 pm on November 16. RSS