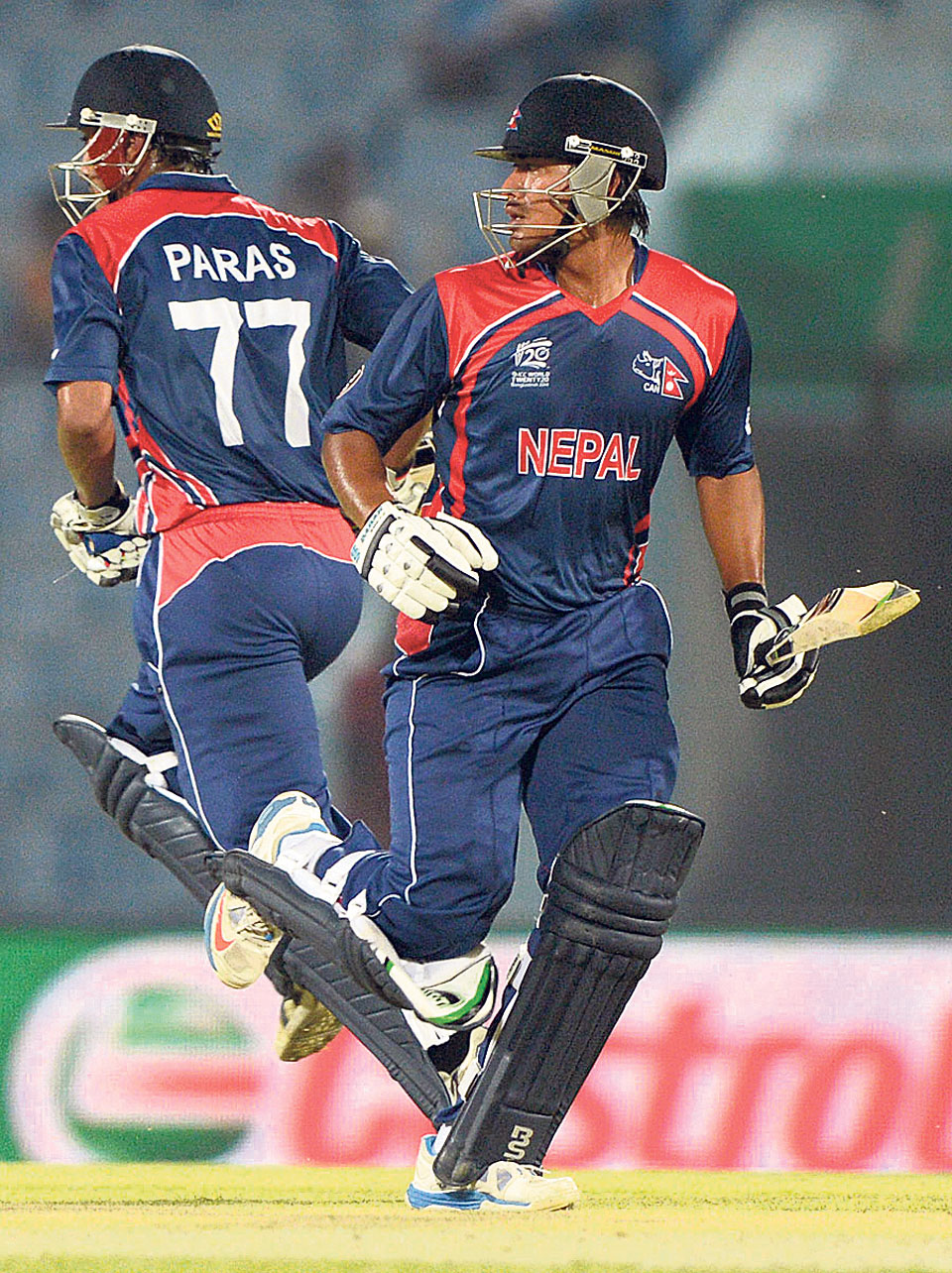 KATHMANDU, May 26: National cricket team captain Paras Khadka, who also heads the Armed Police Force team, is likely to miss the second edition of revamped Inter-provincial Prime Minister Cup (PM Cup) scheduled to start on Sunday in Kirtipur. Similarly, his deputy for both the teams, Gyanendra Malla will also be unavailable for the 50-over-tournament due to injury.

The skipper will be traveling to the United Kingdom (UK) on a personal visit and will also be attending a meeting with the Marylebone Cricket Club (MCC) during the tournament, whilst the vice-captain Malla will be nursing a hip flexor muscle injury during the period.

“I have been in continuous contact with the organizing committee about my unavailability for the tournament. The meetings were arranged in advance with the MCC. I also have some personal commitments to fulfill at the time,” Khadka told Republica.

Malla said, “I am not 100 percent fit. I have been doing light trainings and jogging. It (the injury) will take some time to recover.”

However, the departmental team Armed Police Force (APF) has not made any official announcement about the squad and unavailability of both the star players. The APF squad is scheduled to be announced on Saturday, a day before the PM cup kicks off.

PRELUDE
The revamped Inter-provincial Prime Minister Cup (PM Cup) is set to start from Sunday in Tribhuvan International Cricket Ground, Kathmandu with some of the matches to be played also at Mulpani Cricket Ground. While the Cricket Association of Nepal (CAN) remains suspended, the only existing marquee one-day national cricket event, started last year, is organized by the National Sports Council (NSC) under the management of Nepalaya International, an event management company run by former national U-19 cricketer Subash Pradhan.

This will be the second edition of the PM Cup and first 50-over-event after Nepal earned the One-Day-International (ODI) status from the International Cricket Council (ICC) earlier this year.

FORMAT
Seven provincial teams and three departmental teams, Nepal Police Club, Tribhuvan Army Club and Armed Police Force (APF), are divided into two groups of five each. APF and Army will share Group ‘A’ along with Province 1, 2 and 4. Similarly, the rest of the teams, Police, Province 3, 5 and 7 are allocated in Group ‘B’.

The top two teams from each group, after the round robin league, will enter the semifinals.

In a revamped system, the current seven provinces replaced an earlier system that was divided into 14 administrative zones which were grouped into five development regions.

COMMERCE
The winning prize of Rs 2 million makes the PM Cup the highest cash-prized 50-over cricket tournament of Nepal. The runners-up will receive Rs 1 million. The man-of-the-series will collect a purse of Rs 100,000 whereas the best batsman and bowler will get Rs 50,000 each with every man-of-the-match set to bag Rs 10,000 each. The emerging player of the tournament will get Rs 15,000.
The tournament has an estimated budget of Rs 18 million, according to Nepalaya International, the official managers of the NSC’s cricket event.

PROS
The PM Cup is taking place at a time when 50-over matches have become much-needed amid the growing culture of T20 premier leagues in major cities of Nepal.

An opportunity for emerging players to get some game time and claim their stakes for upcoming season of Nepal cricket which includes foreign tours and the Asia Cup in recent future.

With two more teams added from last season, 28 more players (14-player squad each) will have a chance to showcase their skills and talents to make their claim in the provincial teams and take that forward to next level.

An opportunity for national players to gain valuable experience of 50-over format before the demanding season of ODI-cricket begins.

CONS
Each team will only get minimum of five games (seven games if they reach final). For a tournament deemed as selection opportunities for players participating, five games is a small sample size to make a strong case for the inclusion in the national setup ahead of busy cricket season.

The combined winning prize of Rs 3 million is maximum amount ever offered by any tournament in Nepal. However, allocated by the NSC itself, the prize money could have been rather invested in extending the tournament and slotting in more matches to provide much needed exposure to national and international players to acclimatize with the 50-over game.

A shoe-horned tournament amid hectic T20 calendar all over Nepal might result in exhaustion or burn-out for the inexperienced players. As well as, the preparations period has not been ideal for provincial teams where selections were made few days going into the tournament.

Rainy season is looming as well with showers happening every other day in Kathmandu which could hamper completion of matches.

The scorer of the goal that sealed Sweden's place in the World Cup will not be part of the country's 23-man... Read More...

KATHMANDU, June 6: The summit clash of the 1st Prime Minister Cup One Day National Cricket Tournament is set to be... Read More...