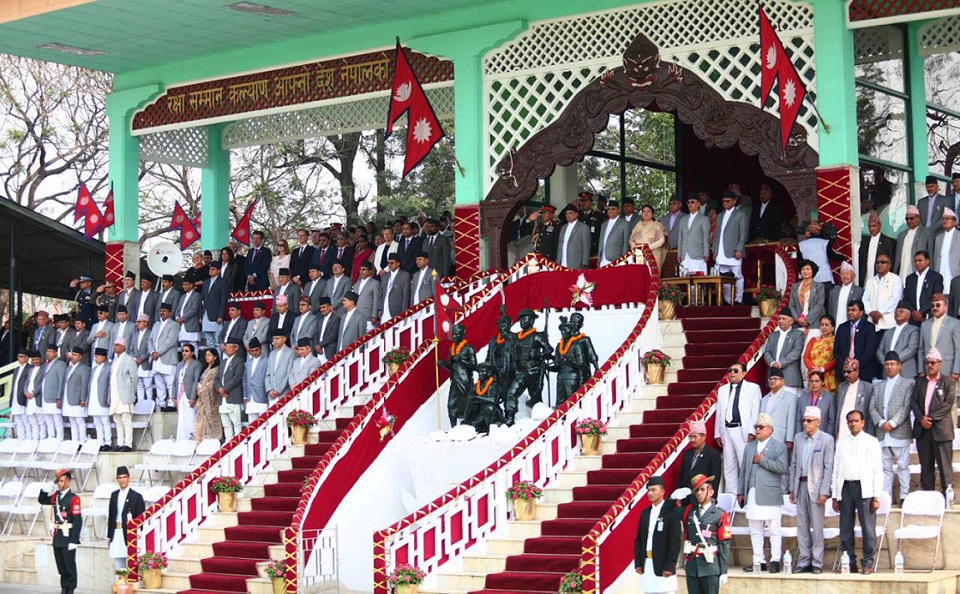 How many more governments do we need to change in order to realize that the fault line goes far and beyond the convenient scapegoats?

Impartiality has been one of humankind’s longest and the most elusive pursuits. Despite a variety of reforms enacted throughout history, none of them seem to be enough to get us past the finish line. One would assume that a democratic framework, through increased representation, would gradually bridge the divide in society—and it does to a certain extent—but when the pace of progress appears to be sluggish, there is the risk that passive public participation might end up being the same as compliance to an unjust regime.

Over the last few weeks, the incident in Rukum has brought into focus one of the most deeply ingrained forms of injustice that plagues our society—caste based discrimination. Just a day after the bodies of Navaraj BK and Tikaram Sunar were found in the Bheri River, Nepal commemorated its 12 years of being a republic. The red, blue and white fluttered across the political capital of the country, while the remote districts of Rukum and Jajarkot looked at the celebrations, like they always have, from afar, as they tried to reconcile the tragedy with the commemoration of the day that was supposed to mark the beginning of prosperity.

When one looks at the current state of affairs, and then at all the lives that have been sacrificed for getting here—especially during the Maoist insurgency—the question with regards to the efficacy of revolutions of the past arises. Every political movement begins with the promise of ‘change’. Dr Prakash Chandra Lohani suggests that it is the discrepancy between the reality of the present and the unattained possibilities that frustrates people, which in turn initiates the process of change. What this implies is that even when there is progress in society, the belief in people that they could do better, can end up undermining the positive gains achieved throughout the years. While holding on to unwarranted expectations and denying progress might make for an unhealthy contribution to a democracy, it is as unwise, if not more, to dismiss the demands of a group or community simply on the argument of aggregate growth. A consistent increase in a nation’s GDP, for instance, can neither adequately address nor convincingly answer issues like income inequality, deprivation of rights and many other socio-cultural/political grievances that happen at local levels.

In 2008 Nepal became the youngest republic in the world and for the first time in the history of the country, the power truly rested with the people. The transition to a republic required a collaborative effort from an alliance that was formed not on the basis of ideological similarities, but on the grounds of mutual disapproval of autocracy. The seven-party alliance—which in fact had alliances within the alliance—comprised of beliefs that, if it weren’t for the exigent circumstances, couldn’t have been more in disagreement with one other. But this move made sense considering the circumstances because in order for them to disagree they would first need a system that would enable them to properly do so. Once the transfer of power was complete and monarchy overthrown, the alliance gradually disbanded, parties merged and/or separated into groups, each of whom had a different set of priorities. With what would seem as the last hurdle to conclude the democratization process—which started more than half a century ago—cleared, people geared themselves for as monumental a change in their lives as undergone by the political system in the country.

Perhaps this was too big of an ask for a fledgling democracy. Larry Diamond, a scholar in the field of democracy studies, suggests that the very nature of democracy permits only incremental change. And as such the process of having the demands of every community addressed can take quite a bit of time. This is where the problem of diversity seeps in. There is a pecking order in terms of priorities and the needs of the majority gets addressed first much to the frustration of those in fringes. When you add that with red tapes and corruption, which results from what is perhaps the most disingenuous translation of division of labor, one can get an idea why it takes so long for even the smallest of projects to come into fruition. If you look at the amendments, programs and long term plans that were proposed following the realization of our republic, most of them, had they been enforced properly, would have had the chance to make a big difference in the lives of people, especially the ones residing outside the capital.

What this suggests is that legislative intervention alone doesn’t suffice when it comes to bringing change.  A case in point would be the caste based discrimination that our constitution explicitly prohibits and yet the society faces. Without restructuring the outdated bureaucratic system—which is beyond the dominion of elections—enforcing what is written on paper is going to be an arduous and convoluted affair irrespective of who happens to form the government. At the end of the day, citizens judge the government’s performance, little by what they say or do in parliament and more by how government institutions—the ones they interact with for the purpose of health, tax, acquiring documentation et cetera—perform.

Under such circumstances, the elected government officials can be held hostage by the performance of administrative bodies. But all of this is of no concern to the voters who just want to see results, and when they don’t, they are bound to take steps leading to a protest which always has the potential to go sideways. According to Diamond, there are three paradoxes surrounding a democratic system, all of which require a subtle balance if the system is to survive. One of those paradoxes involves the juxtaposition of conflict and consensus. He states that “without competition and conflict, there is no democracy. But any society that sanctions political conflict runs the risk of its becoming too intense, producing a society so conflict-ridden that civil peace and political stability are jeopardized.” Increasing access to infrastructures like health, education, transportation et cetera in rural parts of the country is a must for prosperous and harmonious democracy, and it cannot be achieved without active civic participation. But perhaps it is time to reconsider the narrative of change as being the replacement of one government/regime with another—a process which almost always invites conflict. Because, if we were to look at our track record, no form of government has ever been good enough for us—not the Kings, not the dictators, not the Congress, not the communists.

How many more governments do we need to change in order to realize that the fault line goes far and beyond the convenient scapegoats? Or are we too afraid of a detailed inquiry because of the likely possibility that it will all lead back to us.

KATHMANDU, May 6: A today’s session of the House of Representatives continued preliminary discussions on the government's policies and programes... Read More...

KATHMANDU, July 30: The Legislature-Parliament today sent the bills related to the election to the House of Representatives and the... Read More...