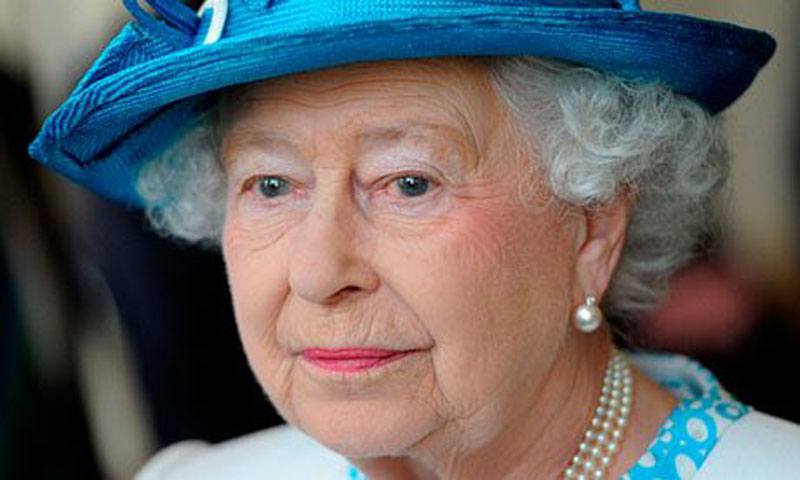 LONDON, Nov 6: The Queen's private estate, Bono and one of Donald Trump's closest advisors are among those whose offshore investments have been revealed in one of the largest ever leaks, dubbed the "Paradise Papers".

The 13.4 million files, which were obtained after a hack on law firm Appleby which has offices in Bermuda, the Isle of Man and a number of other tax havens, show the complex financial dealings of the super-rich and major global corporations.

The papers also show that a major investor in Twitter and Facebook has financial ties  to two firms owned by the Russian Government.

They documents show that in 2005 the Queen's private estate invested £5.73 million in Dover Street VI Cayman Fund LP, held on the Cayman Islands, which in turn invested in BrightHouse, a rent-to-own firm which has been criticised for irresponsible lending, and off-licence chain Threshers.

A further £5 million had been invested in 2004 in the Bermuda-based Jubilee Absolute Return Fund Ltd.

The Queen does not manage the Duchy of Lancaster's investments, which are decided by a council, and pays tax voluntarily on any income.

A spokesman for the Duchy of Lancaster said:  "We operate a number of investments and a few of these are with overseas funds. All of our investments are fully audited and legitimate."

While there is no suggestion of any wrongdoing, it is the first time that the Queen's offshore investments have been revealed.

The details of the hack, the news of which was first revealed by the Daily Telegraph last week, come from 13.4m files from two offshore service providers and the company registries of 19 tax havens.

U2 frontman Bono, whose real name is Paul Hewson, was shown to have used a company based in Malta - a low tax jurisdiction - to pay for a share in a shopping centre in Lithuania.

His spokesman told the Guardian that he was a "passive, minority investor in Nude Estates Malta Ltd" which was legally registered.

Wilbur Ross, Donald Trump's Commerce Secretary, has a stake in a shipping company that does business with a gas production firm part owned by Vladimir Putin's son-in-law, the Paradise Papers showed.

Mr Ross, 79, a billionaire former private equity titan, has a stake in Navigator Holdings Ltd, which is incorporated in the Marshall Islands and has received more than $68 million in revenue since 2014 from dealings with Sibur, a Russian gas and petrochemicals company part owned by Kirill Shamalov, who is married to Mr Putin's daughter Katerina Tikhonova.

Mr Ross divested himself of the majority of his business interests when he was appointed Commerce Secretary by Mr Trump, a longtime friend but maintained a stake in Navigator through a series of Cayman Islands entities.

A Commerce Department spokesman said Mr Ross - who has the "highest ethical standards" - never met Mr Shamalov, and that he has generally been supportive of US sanctions against Russia.

The details were likely to add to the questions about ties between Russia and the Trump administration which are being investigated by special counsel Robert Mueller.

Lord Michael Ashcroft, the Tory Party donor who was identified by the Daily Telegraph as being one of those named in the hack, is also facing questions over his handling of the Punta Gorda Trust in Bermuda in which he has hundreds of millions of dollars invested.

They papers also allege he was domiciled in Belize despite promises made when he entered the House of Lords that he would become a permanent resident in the UK and therefore be eligible for full UK tax. His spokesman declined to comment.

Uzbek-Russian oligarch Alisher Usmanov, who owns 30 per cent in Arsenal, and Farhad Moshiri, a long-term business partner of Mr Usmanov, who now owns a stake in Everton, were also named in the paradise papers.

The papers allege that Mr Usmanov gifted the money to Mr Farhad which he later invested  in Everton, calling into question whether Premier League rules on owning a stake in more than one club. Both men and Everton FC have denied any wrongdoing and they say that there are a number of inaccuracies in the documents.

The Paradise Papers were obtained by the German newspaper Süddeutsche Zeitung and shared by the International Consortium of Investigative Journalists.

It comes just a year after the release of the so-called "Panama Papers",in which the hidden millions of some of the world's richest and most powerful were exposed sparking the downfall of several governments around the world.

The latest revelations will increase pressure on the Government to crack down on legal tax avoidance schemes.

Meg Hillier, UK Labour MP and chair of the Public Accounts Committee, told Panorama: "We need to see what's going offshore; if offshore was not secret then some of this stuff just couldn't happen... we need transparency and we need sunlight shone on this."

In an email sent to their clients, Appleby have admitted that the hack on their servers occured in October 2015 and their files were accessed on a number of occasions before it was spotted in May 2016.

Appleby said in a statement: "Appleby has thoroughly and vigorously investigated the allegations and we are satisfied that there is no evidence of any wrongdoing, either on the part of ourselves or our clients.

"We refute any allegations which may suggest otherwise and we would be happy to cooperate fully with any legitimate and authorised investigation of the allegations by the appropriate and relevant authorities."

They added: "Having researched the ICIJ’s allegations we believe they are unfounded and based on a lack of understanding of the legitimate and lawful structures used in the offshore sector."

David Burt, the Premier of Bermuda, said: “We maintain high vigilance on any and all criminal activities, including cyber, as well as requiring leading standards on tax and transparency of all who do business here.  We will not tolerate non-compliance in any of these areas, and are reviewing this incident and related matters, and will take any further action as required.”

A spokesman for the government said:  “Since 2010, the government has secured an additional £160 billion, more than the annual UK NHS budget, for our vital public services by tackling tax avoidance, evasion and non-compliance. This includes more than £2.8 billion from those trying to hide money abroad to avoid paying what they owe.

“There are 26,000 HMRC staff tackling tax avoidance and evasion, and we have provided an extra £800 million to fund their efforts.

“A fair tax system is a critical and key part of our plan to build a fairer society, and we are clear that everyone must pay what is due, at the right time.”

KATHMANDU, March 16: The question papers of the examinations to select Nepali security personnel for deployment in the UN peacekeeping missions... Read More...