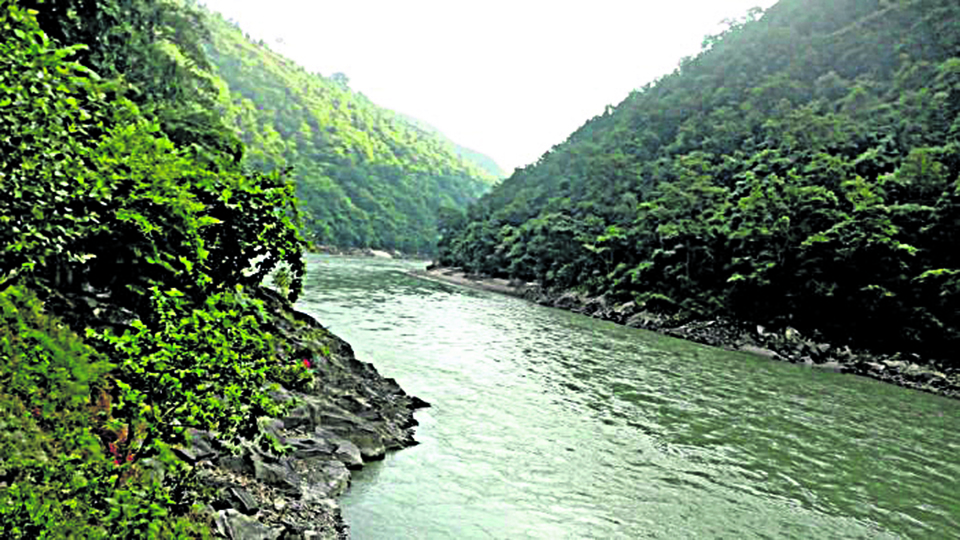 BAITADI/DHANGADI, April 5: In 1996, Prime Minister Sher Bahadur Deuba and his Indian counterpart PV Narsimha Rao signed the Mahakali Treaty, which centered on the integrated development of the Mahakali River. The Pancheswar Multipurpose Project under the Treaty was expected to produce 6,000 MW of hydropower and provide irrigation facilities in both the countries.

Over two decades down the line, even detailed project report (DPR) of the project is not prepared. During this time whenever a new Nepali Prime Minister visits India, the project comes to limelight. These visits always renew hope among people who will benefit from the project in the districts of Province 7. Prime Minister KP Sharma Oli's upcoming visit to India has once again rekindled their hope.

Though the project has been stalled for the past 22 years, we are hoping that Prime Minister Oli will be able to push the project. Though our hopes have been dashed off in the past, we are still hopeful.  -Gorakh Sarki, Pancheswar Rural Municipality-3.

“Pancheswar Multipurpose Project was expected to generate jobs for our boys and girls. They would not have to go to India or elsewhere for work. Right before house, they could get to work,” said Gorakh Sarki of Pancheswar Rural Municipality - 3. “Though the project has been stalled for the past 22 years, we are hoping that Prime Minister Oli will be able to push the project. Though our hopes have been dashed off in the past, we are still hopeful,” he added.

Sarki still remembers the villagers celebrating signing of the Treaty with expectations that their days of hardship were going to be over soon. The scope of this multi dimensional project would definitely help change the face of the region. However, their dreams never changed into reality.

Internal Affairs and Law Minister of Province 7, Prakash Bahadur Shah commented that Nepal has not been able to take any benefit through the Treaty though India has been using the river water since then. “Nepal is only looking forward to the completion of the Pancheswar Multipurpose Project. DPR of the project was supposed to complete within six months of its announcement but it has not been made till date,” he said. “If this project is implemented and completed, it would contribute to the development of not only this province but of the entire nation,” he added.

What has delayed the DPR?

Experts put the blame on India for delaying the DPR of the project. Dr Janak Shah stated that Nepal has always taken interest in the project. Though prime ministerial level moves have been made by Nepal over the decades, Indian has not shown similar interests in pushing the project. “Our prime ministers have tried to draw their due interest. But so far, India has not reciprocated on this with equal zeal. So, the project has been in limbo for so many years,” he said.

Experts believe that the water usage of Mahakali River is the main factor behind India's reluctance to bring the matter into discussion. Rishiraj Lumsali, an expert in hydro maintains that water issue has kept India from moving ahead with the project. “India wants the water from the Mahakali River, which it has been taking since the Treaty was signed. It is showing no interest in Pancheswar Multipurpose Project as it does not want to review all this, so even DPR of the project has not been made,” he said.

Lumsali is of opinion that the water of Mahakali River must be divided between the two countries equally and if India takes more of it, it must pay certain amount to Nepal for it. “The Treaty has such provisions. Article number 3 of the Mahakali Treaty explicitly speaks about the conditions. Nepal must seek further details and discussion on this matter,” he stated.

Professor at Far Western University, Dr Mukunda Prasad Kalauni, also agrees to Lumsali's opinion. “It can be understood that India does not want equal distribution of water or electricity. That is why this project has been in limbo for so many years,” he noted.

Residents of Dadeldhura, Darchula and Kanchanpur, however, are hopeful that once the project is completed it will rid them of unemployment and poverty. According to Ramesh Chand of Pancheswar-2, the locals are pinning hope on this project as other development projects have largely failed to materialize. “We have been waiting for this project to complete for many years. Not only this project, even other projects in the region have largely failed to make headway. We are hoping that Prime Minister Oli will push for implementing the project as soon as possible and open gates for prosperity in the region,” he said.

KATHMANDU, Feb 2: Foreign affairs experts have said that the old-age friendship between Nepal and India would further strengthen from... Read More...

POKHARA, June 11: Locals of Madi in Kaski district, where 25-MW Upper Madi Hydropower Project is located, have put forth a... Read More...