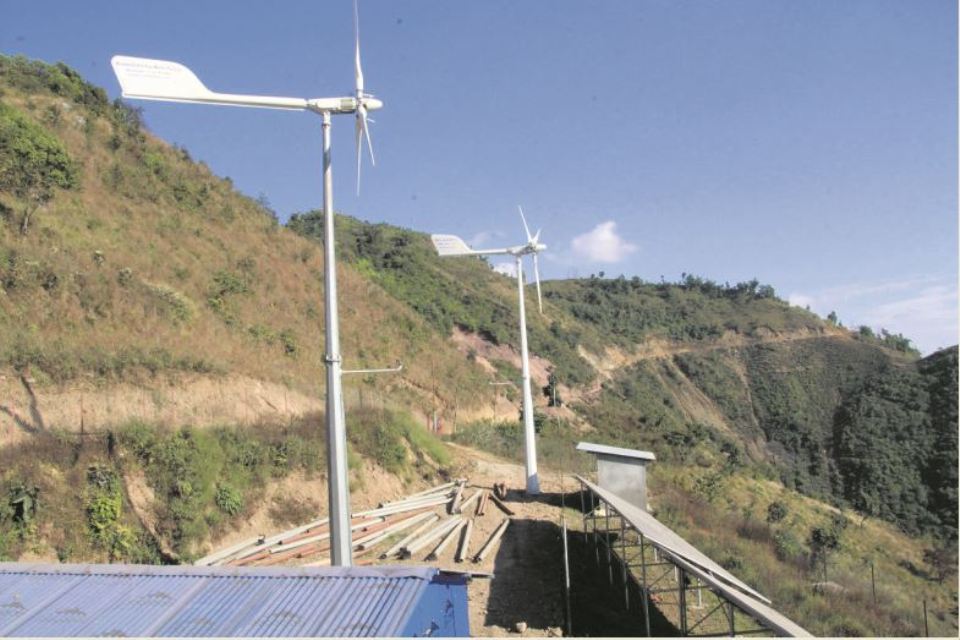 PALPA, Jan 28: A village in Palpa has started generating electricity from wind energy to supply power to more than 100 households of the area.

The wind power project in Nisdi Rural Municipality has been generating 10 kilowatts of energy from wind and 15 kilowatts from hybrid technology – solar and wind energy – to electrify a total of 150 households in the area.

The construction of the project had started almost two and a half years ago and the plant is located at Nisdi-4. It has been constructed at a cost of Rs 22 million.

The Alternative Energy Promotion Centre (AEPC) has invested a total of Rs 18 million, while Nisdi Rural Municipality invested Rs 4 million for the project.

According to Kesh Bahdur Sunari, principal of Gaurishankar Secondary School, a total of 800 residents have been benefitted from the project.

“The project has been a blessing for the local residents as the area was not electrified,” he said.

Despite its operation, the project is unable to supply continuous electricity as batteries have not been installed in the plants.

According to Mukta Bahadur Saru, chairperson of Nisdi Rural Municipality, the project has two wind turbines and another turbine. “Currently, electricity has been supplied to more than 150 households,” he said, adding that the government services have been running effectively after getting electricity supply.

Likewise, Neu Bahadur Sunari, chair of Nisdi-4, said they have been able to operate computers and photocopy machines at the ward office.