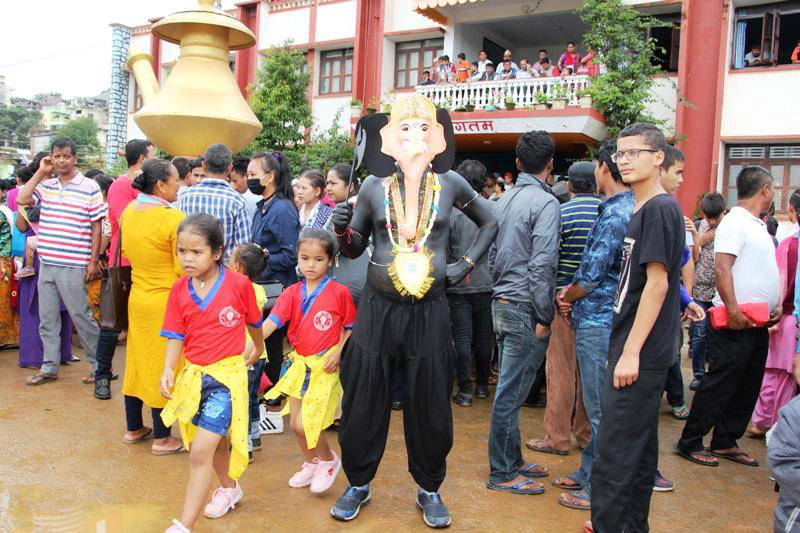 PALPA, Aug 27: Locals in Palpa have observed Gaijatra festival commemorating the departed souls of their kin at the district headquarters Tansen on Monday.

Over a dozen Gaijatra festivals have been organized in various places in Palpa including Rampur, Harthok, Sarai and Ridi in memory of thier family members who passed away in the last one year.

This festival has roots in the reign of King Pratap Malla who had ordered his people to organize various humorous and fun-filled programs to give solace to his queen grieving over her son who died of smallpox.

People, especially Newar community, have been observing this festival ever since by taking out a cow by the house to commemorate the family members who passed away this year.

Meanwhile, Deurali Cultural Studies Academy has announced to provide Rs 10,000 each to those taking out a Gaijatra.

PALPA, Aug 16: People have observed Gaijatra in memory of their deceased kith and kins. ... Read More...

What differentiated child participants from young boys substituting cows during the Gaijatra festival in Basantapur were artificial mustaches, lipsticks and... Read More...