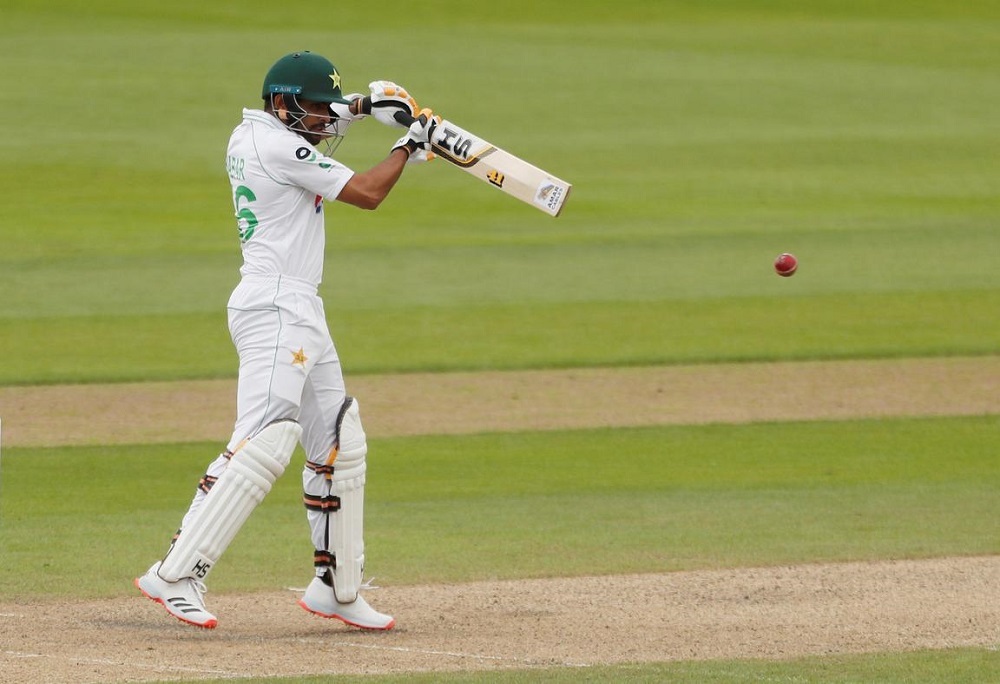 MANCHESTER, ENGLAND, Aug 6: Babar Azam struck a fluent unbeaten half-century as Pakistan closed a rain-shorted first day of the first test against England on 139 for two at a gloomy and wet Old Trafford on Wednesday.

Babar (69 not out) showed all his skill and class to weather an early storm from the England bowlers, and wrestle away the initiative along with the more sedate opener Shan Masood (46 not out).

England were superb before lunch, heading into the interval with Pakistan on 53 for two, but wayward and tepid after the break as the tourists piled on 68 runs in 16.1 overs before rain brought an early tea.

The players came back late in the day for 7.5 overs, but bad light meant England had to bowl spinners Dom Bess and Joe Root, and Pakistan were able to see off their threat.

The closest the home side came to a wicket was a stumping chance for Jos Buttler against Shan off Bess, but the bounce of the ball eluded the wicketkeeper and the left-hander survived.

Fast bowler Jofra Archer took the first wicket in the innings, bowling Abid Ali (16) with a delivery that nipped back and burst through the gap between bat and pad after a tentative prod from the batsman.

Seamer Chris Woakes then claimed the big scalp of touring captain Azhar Ali, trapped leg before wicket for a duck, which left the visitors teetering at 43 for two as the ball whistled about in the gloom.

Yet they were unable to hammer home that advantage, instead losing their line, length and intensity in a limp post-lunch session as Babar and Shan added an unbeaten 96 for the second wicket.

Pakistan had won the toss and elected to bat, with England captain Root admitting he would have done the same, hopeful of utilising a wearing wicket late in the game that is expected to take turn.

It is for that reason they have selected a pair of leg-spinners in Shadab Khan and Yasir Shah, but will want to give them something to bowl at by building a sizeable first innings total.

Chennai trump Mumbai as IPL gets underway in UAE

Buzz missing but IPL aims to bring normality amid pandemic

MUMBAI, Sept 18: After months of uncertainty due to the COVID-19 pandemic, the delayed season of the popular Indian Premier... Read More...

“Why have I been abducted?” asks Dr KC (With video)
8 hours ago