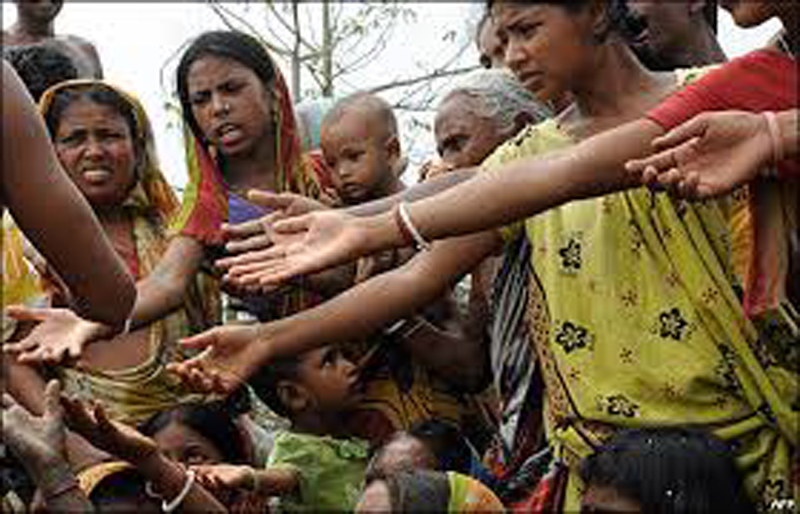 Pakistan has been ranked as a country with “serious” hunger level with 22 per cent of its population undernourished on the 2016 Global Hunger Index released Tuesday.

Placed 107 in a ranking of 118 developing countries, Pakistan performed worse than most of its South Asian neighbours in eliminating hunger.

At the current rate of decline, more than 45 countries — including India, Pakistan, Haiti, Yemen, and Afghanistan — will have “moderate” to “alarming” hunger scores in the year 2030, the authors of the index said.

Hunger levels in developing countries have fallen 29pc since 2000, but efforts to curb hunger must be accelerated in order to meet an international target to eradicate it by 2030, according to the index.

Nearly half the population in CAR and Zambia, and one in three people in Chad, are undernourished, it showed.

Another 43 countries, including India, Nigeria and Indonesia, have “serious” hunger levels.

“Countries must accelerate the pace at which they are reducing hunger” if they are to meet the 2030 target, Shenggen Fan, director general of the Washington-based International Food Policy Research Institute (IFPRI), said in a statement.

“Ending global hunger is certainly possible, but it’s up to all of us … (to) set the priorities right to ensure that governments, the private sector and civil society devote the time and resources necessary,” Fan added.

IFPRI produces the annual index along with aid agencies Concern Worldwide and Welthungerhilfe. Overall, some 795 million people go to bed hungry every night.

“We have the technology, knowledge and resources to achieve (zero hunger). What is missing is both the urgency and the political will to turn commitments into action,” said Dominic MacSorley, CEO of Concern Worldwide.

“Too many people are hungry today. There is a need for urgent, thoughtful and innovative action to ensure that no one ever goes hungry again,” said David Nabarro, special adviser to the UN secretary-general on the SDGs.

Relying on climate policies to fight hunger is doomed. Any realistic carbon cuts will be expensive and have virtually no... Read More...