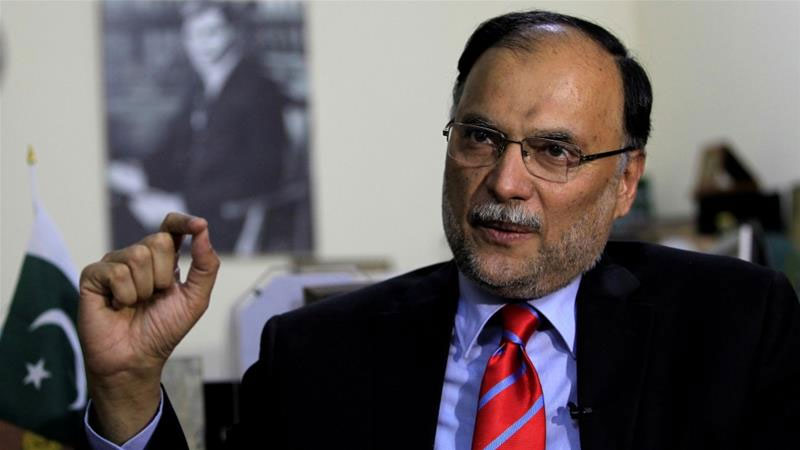 Ahsan Iqbal 'out of danger' after being shot in the shoulder at political gathering in Narowal district, officials say.

ISLAMABAD, May 7: Pakistani Interior Minister Ahsan Iqbal has been wounded by an unidentified gunman at an election rally in central Punjab province, according to officials.

Jam Sajjad Hussain, a rescue services spokesperson, told Al Jazeera that Iqbal was getting into his vehicle to leave the rally when a "young man" fired at him "several times".

"One bullet hit him in the shoulder. He was transferred to the local district hospital, where he is being treated," he added.

Provincial authorities and Iqbal's son said the minister had not suffered any life-threatening wounds.

"He is conscious and out of danger," Ahmad Iqbal told Geo News.

Television footage showed a prone Iqbal being wheeled into the government-run hospital following the attack. He was later moved to Lahore for further treatment.

Chaudhry said that at least one man had been arrested at the scene of the attack, adding that investigations were ongoing.

"The prime minister has called for an immediate report into the incident from IG Police Punjab."

Iqbal's ruling Pakistan Muslim League (PML-N) party will complete its five-year tenure in government later this month, with Pakistan due to hold a general parliamentary election in July.

Iqbal was made interior minister last year, but has been a member of the cabinet since the PML-N came into power in the 2013 elections. He is also the head of the Ministry of Planning, Development and Reforms.

LONDON, April 18: In a shock announcement, Prime Minister Theresa May on Tuesday called for an early general election to be... Read More...

2,225 new cases of COVID-19 recorded across the country in the past 24 hours
20 hours ago
UN Day Special Feature: The proud story of Nepal Army in UN Peacekeeping Missions
22 hours ago