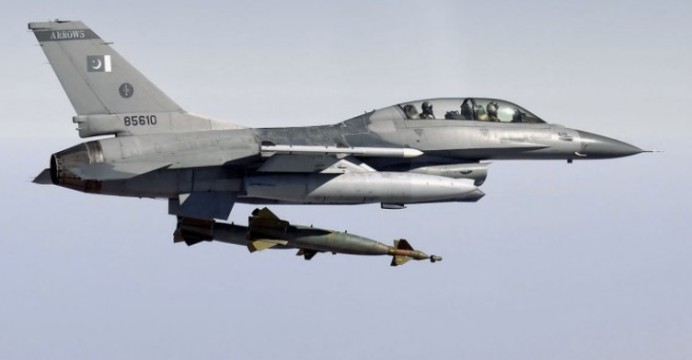 KATHMANDU, Feb 27: The Indian and Pakistan’s air force have downed warplanes of one another, according to the Associated Press.

In another 17 minutes, the AP said that the Pakistani Army’s spokesperson said that it had downed two Indian warplanes after they crossed Kashmir border and captured a pilot.

Likewise, the Indian government has shut down airspace over Jammu, Leh and Srinagar, say sources. Commercial flights have been put on hold.

Pakistan said it had carried out strikes into India to demonstrate its right to self defence a day after Indian jets hit its own territory.

A statement from Pakistan's foreign ministry, said the Pakistan air force launched strikes across the disputed line of control in Kashmir.

It said strikes had been taken at non-military targets avoiding civilian casualties.

The claim came a little over 24 hours after Delhi said it had struck a Jaish-e-Mohammad training camp near Balakot where it said militants were preparing for imminent terrorist attacks.

Islamabad had denied any camp was struck, but on Tuesday warned India to prepare for a surprise and vowed a "befitting" response at a time and place of its choosing.

In a statement headed "Pakistan strikes back", the foreign ministry said the action was not retaliation " to continued Indian belligerence".

"Pakistan has therefore, taken strikes at non military target, avoiding human loss and collateral damage. Sole purpose being to demonstrate our right, will and capability for self defence.

A spokesman for Pakistan's military said that Indian jets had then crossed the line of control and the Pakistan air forces had gone on to shoot two of them down inside Pakistani airspace.

"One of the aircraft fell inside Azad Jammu and Kashmir, while other fell inside Indian Occupied Kashmir. One Indian pilot arrested by troops on ground while two in the area," said Maj Gen Asif Ghafoor.

NC objects to prorogation of House session
14 hours ago