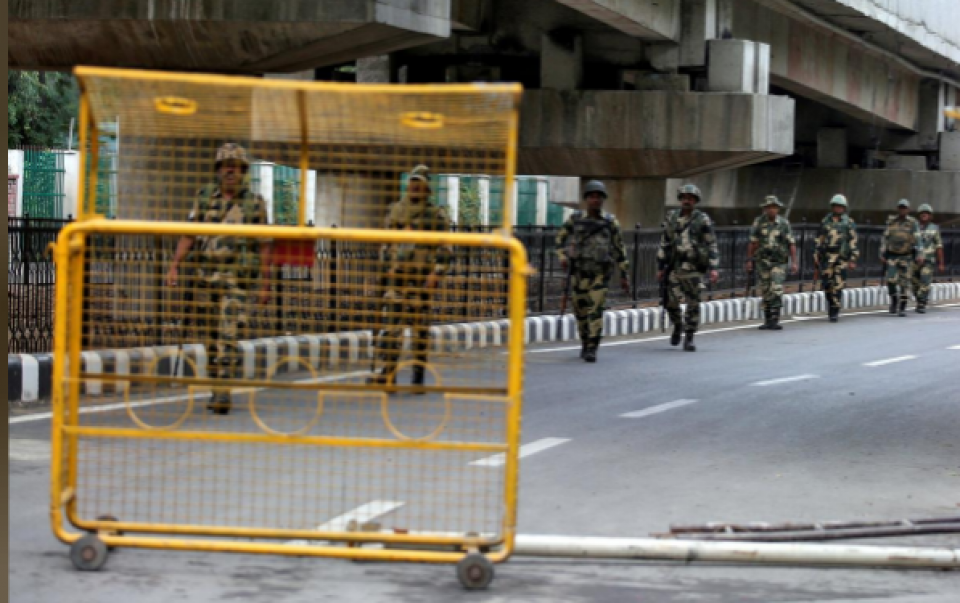 SRINAGAR/ISLAMABAD, Aug 8: Pakistan halted its main train service to India on Thursday as it kept up the diplomatic pressure on New Delhi for revoking the special status of Kashmir, the region at the heart of 70 years of hostility between them.

Prime Minister Narendra Modi’s government this week withdrew Muslim majority Jammu and Kashmir’s right to frame its own laws and allowed people from outside the region to buy property there in a bid to tighten its grip over the contested region.

Kashmir remained under a communications blackout on Thursday with mobile networks and internet services suspended and at least 300 politicians and separatists in detention to prevent protests, according to police, media and political leaders.

Kashmir’s leaders have warned of a backlash and Pakistan, which also lays claims to the territory, vowed to fight for the rights of people living there.

“Pakistan is looking at political, diplomatic and legal options,” foreign minister Shah Mehmood Qureshi told a news conference in Islamabad, though he ruled out a new military conflict.

“We’re not looking at the military option. We’re not,” he said. The nuclear rivals have twice gone to war over Kashmir and fought an aerial duel in February.

India said changing the status of Kashmir was an internal affair and aimed at developing the region. It urged Pakistan to reconsider its decision to downgrade diplomatic ties, striking a conciliatory tone.

“The Government of India regrets the steps announced by Pakistan yesterday and would urge that country to review them so that normal channels for diplomatic communications are preserved,” the foreign ministry said.

Islamabad said on Wednesday it would expel India’s ambassador to Pakistan and its envoy, who was to start his assignment soon, would not move to New Delhi.

Modi’s Hindu nationalist led government, which has long campaigned for an end to Kashmir’s special status, said it would split the state into two federal territories that the region’s leaders labeled a further humiliation.

Thousands of paramilitary police have been deployed in Kashmir’s largest city, Srinagar, schools shut and roads and neighborhoods barricaded.

There have been sporadic protests, two police officers said, speaking on condition of anonymity. At least 13 people have been injured in stone-throwing protests across the city since Tuesday night, one officer said.

Srinagar’s old quarter was locked down on Wednesday evening, with policemen in riot gear deployed every few meters, and barbed-wire checkpoints every few hundred meters.

Near the Jama Masjid, which has long been the center of protests in Srinagar, bricks and rocks from recent stone pelting incidents were strewn in at least three locations.

A witness said that there had also been stone-throwing in the Bemina area in northwest Srinagar, where some roads had been blocked by poles and boulders.

“There is a lot of anger among the people,” one of the police officials said.

Kashmiris see Modi’s decision to withdraw the special status as a breach of trust and opening the way to flooding their region with people from the rest of India, eventually altering the demographics of the territory.

Already tens of thousands of people have died in the armed revolt to secede from India that erupted in 1989 and has ebbed and flowed since then.

Two leaders from the National Conference, a major regional party, said at least 100 politicians – including former state ministers and legislators – had been detained. They did not want to be named because of the sensitivity of the information.

Mirwaiz Omar Farooq, chairman of the Hurriyat Conference, an umbrella group of non-violent separatists, has been detained at his home, a statement from his office said.

“Whatever disagreements we may have, we must always defend human rights, prioritize the safety of children and women and focus on peacefully resolve the seven-decade-old conflict in Kashmir,” she said on Twitter.

India to bring in food supplies to Kashmir as curfew stays