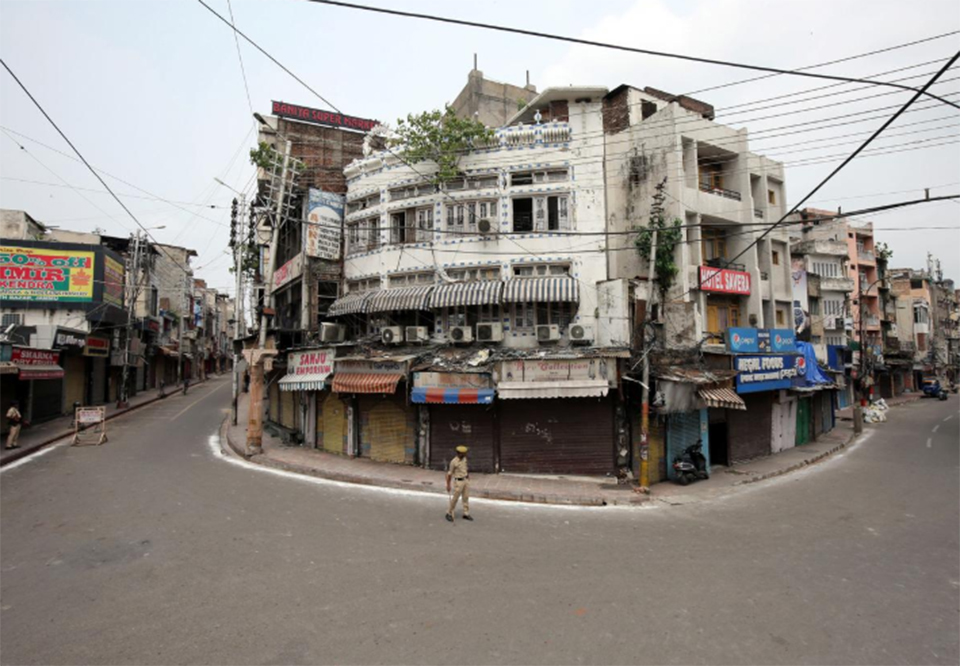 ISLAMABAD/SRINAGAR, Aug 7: Pakistan said on Wednesday it would downgrade diplomatic relations and suspend bilateral trade with arch-rival India after New Delhi stripped its portion of the contested Kashmir region of special status.

Neighbors China and Pakistan, which both claim parts of the region, have voiced fierce opposition to India’s removal of a constitutional provision that had allowed the country’s only Muslim-majority state to make its own laws.

Nuclear-armed India and Pakistan have twice waged war over Kashmir and in February engaged in an aerial clash. India, which has been battling insurgents there for 30 years, said the special status had hindered Kashmir’s development and it wanted to fully integrate the region with the rest of the country.

A spokesman for India’s foreign ministry did not immediately respond to a request for comment on Pakistan’s move.

Thousands of Indian security forces kept a lid on protests in Kashmir on Wednesday, helped by the continued suspension of telephone and internet services after the Himalayan region’s special status was scrapped this week.

Streets in the main city of Srinagar were deserted for a third day, with almost all shops shut, barring some pharmacies. Armed federal police manned mobile checkpoints across the city, limiting people’s movement.

Knots of young protesters threw stones at soldiers, police and a witness said, amid anger over the telecoms clampdown that began on Sunday.

“These (protests) are mostly localized because of the heavy troop deployment,” said a police officer who sought anonymity because he was not authorized to speak to media, adding that police used tear gas and pepper spray to scatter the protesters.

A witness described an episode of hours of stone-throwing on Tuesday in the Old Barzullah area near the city center, saying, “I saw around 100 boys, in small groups, pelting stones.”

He added, “The police fired tear gas to beat them back.”

The Huffington Post reported that 13 people had been admitted with pellet injuries to their eyes to Shri Maharaja Hari Singh hospital in Srinagar, citing a hospital official.

It also quoted a resident of the old quarter of Srinagar, Owais Ahmad, as saying he was walking near his house when paramilitary forces fired pellets at him.

The Home Ministry in India’s capital Delhi said it had no information about the incident.

The Huffington Post also reported that a 17-year old boy jumped off a bridge into the Jhelum river when he and his friends saw a group of paramilitary police on both sides of the bridge. The Home Ministry had made no comment to offer and Reuters was not in a position to verify the report.

India accuses Pakistan of training and arming Islamist militants fighting its rule in Kashmir. Islamabad denies the allegation and says it only gives moral and diplomatic support to the Kashmiri people in their struggle for self-determination.

India ordered security to be increased at its airports, saying “civil aviation has emerged as a soft target.” Security officials have warned of a backlash against the move to withdraw Kashmir’s special status.

All telephone, television, and internet connections remained severed in Kashmir. At night, police vans have patrolled the streets with loudspeakers warning residents to stay indoors.

Jammu and Kashmir Governor Satya Pal Malik asked officials to ensure people had enough supplies and assured them of their security, Reuter's partner ANI said in a report.

Local authorities have not declared a curfew, but instead clamped down on non-essential travel and gatherings of four or more people, effectively keeping restive people in their homes.

South Kashmir, the epicenter of the insurgency in recent years, was completely locked down, said a state government official who visited the area. “The highway was deserted, except for some trucks and buses carrying laborers out of the valley,” added the official, who asked not to be named.

Officials with emergency services such as hospitals and the fire department said their staff was also frequently stopped at checkpoints, with access sometimes blocked.

“The principal doesn’t have any means of communication,” added the official, who asked not to be identified. “Police stations have been given satellite phones but not him. That shows their (government’s) priority.”

Srinagar’s fire officials also fear people might not be able to reach them in emergencies. “Communication is a lifeline,” said one fire official who requested anonymity. “Only if someone contacts us can we do something.”

A radio communications network links Srinigar’s 21 fire stations, but with telephone lines down and no satellite phones, firemen can only be alerted by a call from the police or an individual who visits a fire station.

SRINAGAR, August 3: Thousands of Indians have started leaving the disputed region of Kashmir after the local government issued a... Read More...