Pakistan clamps down on terrorist groups' property and funds 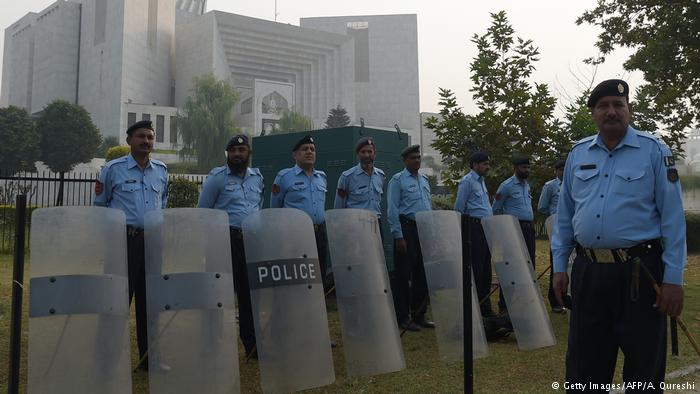 ISLAMABAD, March 5: Authorities in Pakistan moved against Islamist groups' finances on Monday, ordering a freeze of accounts and seizure of assets belonging to groups designated as terrorist by the UN Security Council.

The clampdown aims to "streamline the procedure for implementation of Security Council sanctions," according to Faisal.

In February, a Pakistan-based jihadi group Jaish-e-Mohammed killed over 40 Indian troops in Indian-controlled Kashmir, with India blaming Pakistan and citing "incontrovertible evidence" that Islamabad had a "direct hand" in the suicide attack.

Tensions have escalated in the following weeks, as India bombed a militant camp on Pakistan soil and Pakistan shot down an Indian plane. Islamabad subsequently freed the captured Indian pilot in a "peace gesture," according to the DPA news agency. Just a day later, ground troops also exchanged heavy fire in the disputed Kashmir region.

While Pakistan remained defiant towards India, the Islamabad government also signaled it would act against terror groups under pressure from abroad.

Pakistani Prime Minister Imran Khan has called for elimination of "militancy and extremism" and said the country could not be allowed to "become hostage to extremists."

Read more: What is Jaish-e-Mohammed?

On Monday, the nation's interior ministry also held a high-level meeting with representatives of all 4 provincial governments on nation-wide plan to crack down on terrorism which was first created in 2014. The provincial authorities were instructed "speed up" action against the groups at the meeting, according to an interior ministry representative.

However, a source "categorically denied" that the move against terror groups was in response to pressure from India. The unnamed official claimed the decision was made much before the latest Kashmir bombing.

"It was decided in… 2014 that there would be action against proscribed groups. That required strategic shift and such changes take time," the source was quoted as saying by the Dawn newspaper.

Trouble in the neighborhood

Today most countries in the world are affected by terrorism. India and Pakistan are no exceptions. Pakistan has been blamed... Read More...