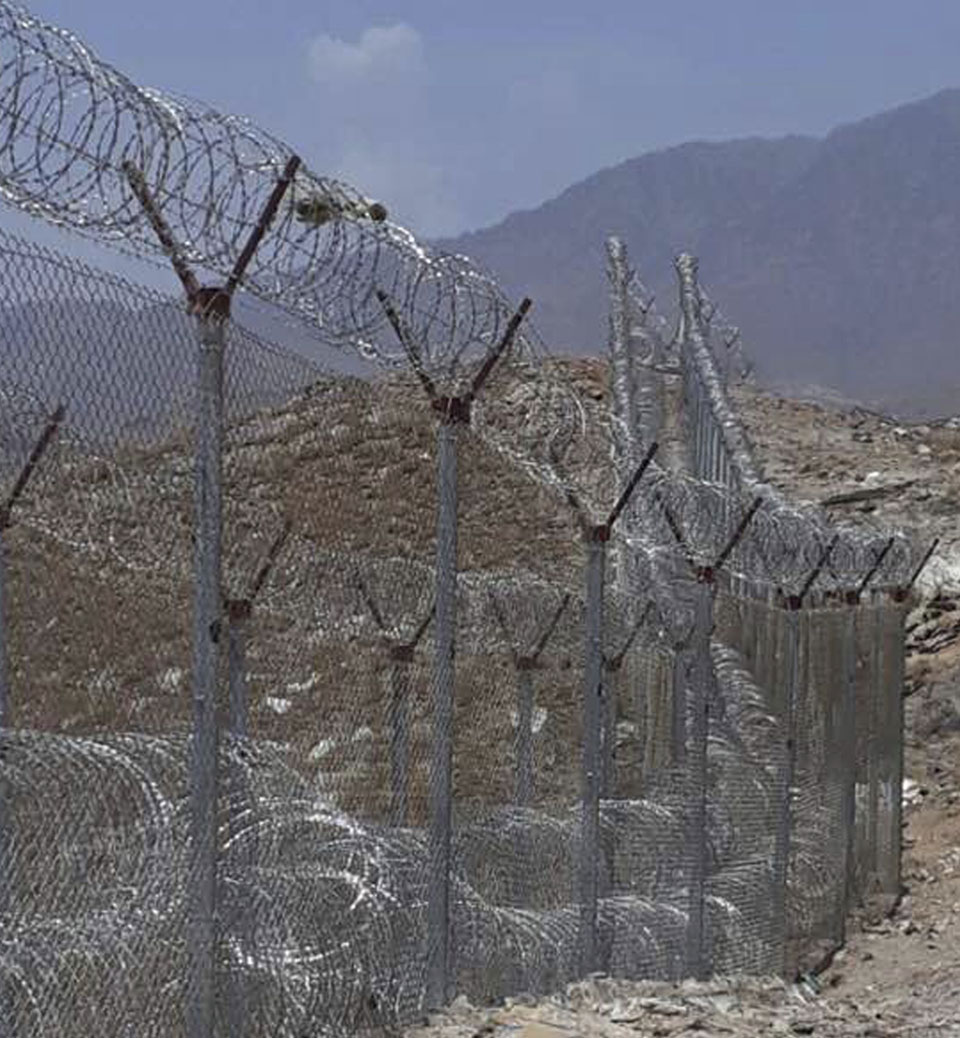 In this photo released by the Inter Services Public Relation Department, Tuesday, June 20, 2017, Pakistani authorities build fence along its border with neighboring Afghanistan in northern Pakistan. Pakistan said Tuesday that it has begun building a fence along its border with Afghanistan to improve security, a move that has angered authorities in Kabul. (Inter Services Public Relation Department via AP)

ISLAMABAD, June 21: Pakistan said Tuesday that it has begun building a fence along its border with Afghanistan to improve security, a move that has angered authorities in Kabul.

The two nations are divided by the 2,400-kilometer Durand Line, drawn by British rulers in 1896. Kabul does not recognize it as an international border, causing friction between the two neighbors, with Pakistan suggesting Afghanistan has designs on part of its territory. The line runs through ethnic Pashtun territory, dividing families and tribes between the two countries.

A Pakistani army statement said the first phase of the project will focus on the Bajur, Mohmand and Khyber tribal regions — all regarded by authorities as areas prone to cross-border infiltration by militants. The military said it will also build new forts and border posts to improve surveillance and defensibility.

It said a secure border is in interest of both countries and a well-coordinated security mechanism is essential for peace and stability.

Afghanistan and Pakistan have long accused each other of turning a blind eye to militants operating along their porous frontier, but Afghanistan is opposed to the building of the fence.

"Pakistan has no right to fence or construct any building along the border with Afghanistan," said Najib Danish, deputy spokesman for Afghanistan's Interior Ministry. He warned of retaliatory action, referring to previous firefights that erupted when Pakistan sought to build border fortifications.

"In the past also Pakistan made a mistake by constructing buildings along the border and faced strong reaction from us. We hope they don't repeat such mistakes once again," he said.

The Indian army said it had destroyed four Pakistani military posts on Saturday along its contested border, the latest escalation... Read More...

BIRGUNJ, Oct 14: India has ramped up security at the no-man's land and the transit points along the Nepal-India border... Read More...

What’s the matter with China?
9 hours ago