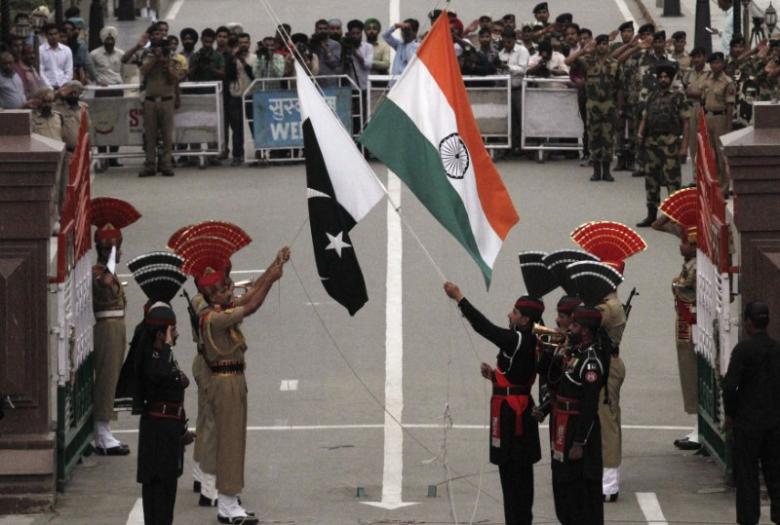 ISLAMABAD, Nov 3: Pakistan on Thursday named eight Indian diplomats it accuses of espionage and terrorism, as tension mounted between the nuclear-armed rivals following days of artillery duels and skirmishes on the border dividing the disputed Kashmir region.

In response, India said it "completely rejected the baseless and unsubstantiated allegations" leveled by Pakistan against officials at its high commission in Islamabad.

Rajesh Kumar Agnihotri, a commercial counsellor, was named by the Pakistan foreign ministry as RAW's station chief in Islamabad.

The foreign ministry statement gave an eight-point list of the diplomats' espionage activities.

It accused them of fuelling instability in Pakistan's Sindh and Baluchistan provinces, as well as sabotaging its most vital economic project, the $46-billion China-Pakistan Economic Corridor (CPEC), involving transport and energy infrastructure projects to link China with Pakistan's coast on the Arabian Sea.

They were also accused of liaising with factions of the Pakistani Taliban and of working to damage Pakistan's relations with western neighbour Afghanistan.

It was not immediately clear if the diplomats would be expelled by Pakistan or withdrawn by India, which condemned the publication of their names and images and called on Pakistan to ensure their safety.

Last week, India and Pakistan both expelled one diplomat from each other's embassies, accusing them of spying.

The foreign ministry also said Pakistan had withdrawn six diplomats from its mission in India after Indian media reported they had been involved in spying.

Vikas Swarup, spokesman of the Indian Ministry of External Affairs, told a news briefing that Islamabad had withdrawn its diplomats after some were named by the Pakistani embassy worker that it had expelled last week.

The allegations against the Indian diplomats in Islamabad were "an afterthought and a crude attempt to target these officials for no fault of their own", said Swarup, adding that Pakistan's actions added to security risks in the region.

India summoned the Pakistani deputy high commissioner on Wednesday to express its "grave concern and strong protest" over the denouncement of its diplomats in Islamabad.

On the same day, the press wing of Pakistan's military said India had violated a 2003 ceasefire in Kashmir 178 times this year, killing 19 civilians.

Artillery duels and skirmishing have recently intensified along the disputed frontier running through the disputed Himalayan region of Kashmir.

In July, Indian-administered Kashmir erupted in protests that led to a crackdown by security forces after they killed a young separatist leader.

In September, gunmen killed 19 Indian soldiers at an army camp in an attack New Delhi blamed on Pakistan-based militants.

Later that month, India said it carried out "surgical strikes" on the Pakistani side of the border, but Islamabad called this a fabrication to distract attention from its continuing crackdown in Kashmir.

Claiming it’s not an outrage after defeat, Thapa again accuses former King Gyandendra Shah of interfering in RPP General Convention
22 hours ago
Nepali Rupee falls to a two-month low against US dollar backed by recovery of the US economy
19 hours ago

A Plea from the Himalayas: Act now on climate change before it is too late
1 hour ago