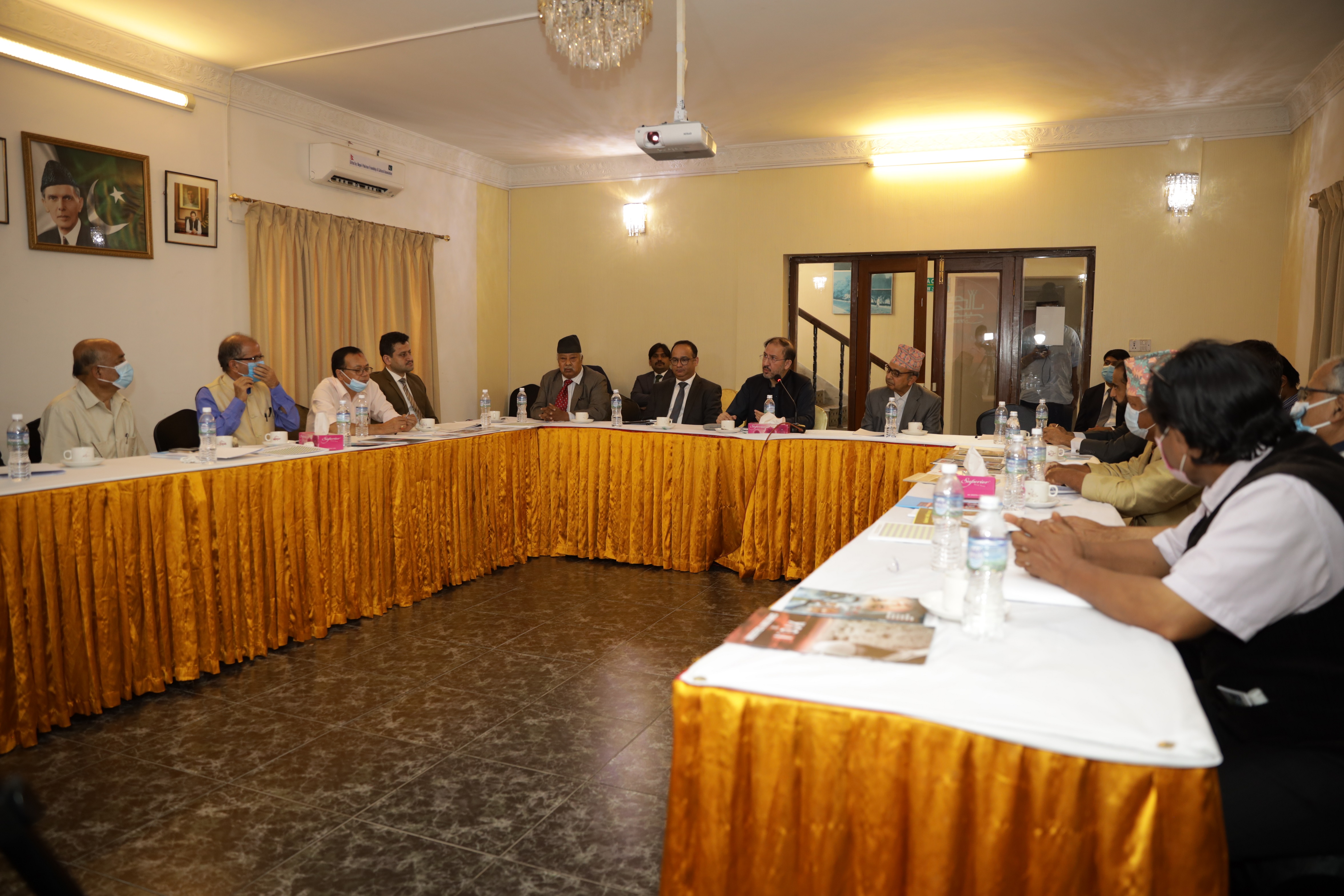 KATHMANDU, August 6: The Embassy of Pakistan on Thursday organized a talk program on “Kashmiris’ Youm-e- Istehsal” amidst presence of distinguished writers, media persons and analysts as well as representatives of human rights organizations.

Speaking at the Talk Program, Pakistani Ambassador to Nepal Syed Haider Shah recollected important developments and international global reactions to India’s illegal action of 5 August 2019 and alarming intensification of the human rights violations in that disputed territory. Highlighting the centrality of the right of self-determination and the UNSC resolutions, Ambassador Shah referred to the discussions at the UNSC in August 2019 and then in January 2020.

On the occasion, Ambassador Sah also referred to the statements of the UN Secretary General urging not to take any steps that could affect the status of Jammu & Kashmir. He also underlined the importance of UN Security Council resolutions to resolve the Kashmir issue once and for all.

The participants at the Seminar underlined the grave human rights violations being committed by the Indian forces in the Kashmir. Ambassador Shah highlighted the gravity and scale of human rights violations by the Indian forces and referred to their widespread international condemnation especially by the UN Office of High Commissioner for Human Rights, EU, Human Rights Watch and Amnesty International.

In the Question-Answer session that followed, participants urged a resolution of the dispute in accordance with the wishes of the people of Jammu Kashmir and UNSC resolutions. They also stressed the urgency to resolve the dispute which had been the biggest challenge to the regional peace and security, now for decades. They said that the international community had an important responsibility to defend and ensure the rights of the people of Jammu & Kashmir including their right of self-determination.

KATHMANDU, March 23: On the eve of National Day of Pakistan, a flag hoisting ceremony was held at Embassy of... Read More...