Pahunch aims to bridge the gap between police and public 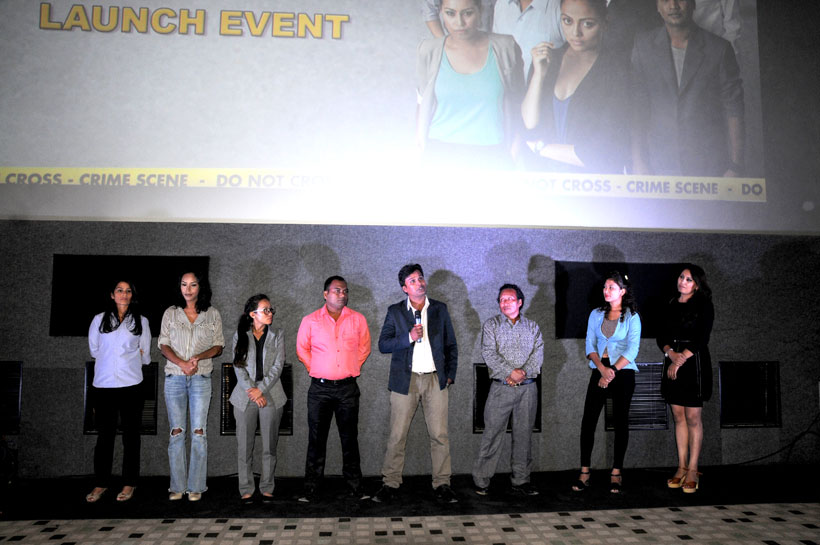 Participants of ‘Pahunch’, a new TV game show about police-public engagement, during the show’s launch event at QFX in LABIM Mall, Pulchowk on Wednesday. (Pratik Rayamajhi/Republica)

KATHMANDU, Sept 22: A new TV game show, ‘Pahunch’, is set to go on air starting from 7.25 pm tonight on NTV. The 13 episode long show is populated by eight contestants from diverse backgrounds who will closely work with representatives of Nepal Police to learn different law enforcement subjects like homicide, road traffic, human trafficking, sexual harassment etc. They will be then judged based on the police procedural knowledge they bring in reconstructed crime scenes.

Most of the contestants, when asked, expressed how deep rooted their mistrust towards the police was, before they took part in the show, and how now that they have worked with the police, they will never step back from their duties as responsible citizens of the country.

“The public recognizes the police as a symbol of ‘authority’, but they are not aware of the challenges that the police have to overcome in order to establish peace and security. The reality game show is crafted to evoke empathy, responsibility, and collaboration between the public and the police,” says Yubakar Raj Rajkarnikar, director of programs at Search for Common Ground – Nepal, a non-profit organization that’s producing the show.

“We are hopeful that the reality TV game show will help foster a sense of belonging of the public towards the police. ‘Pahunch’ is designed to increase public access to justice and security, and it also echoes a powerful message that the Nepal Police cannot function effectively without public support”, says Inspector General of Police (IGP), Upendra Kanta Aryal.

Since the event took place on World Peace Day, the organizers also announced the winners of the first ‘Peace on Earth photo and video contest’. Ishan Bhusal’s short movie, ‘The Designed Fortunes,’ won the first prize. The video dwells on the impact of media violence in adolescents, and the powerful message that people do not need weapons to become heroes. Similarly, Sanjay Maharjan won first prize in the photography contest. His photo depicting a rickshaw driver’s life metaphorically reflects peace as state of mind.

How do we narrow the gap between private and public school?