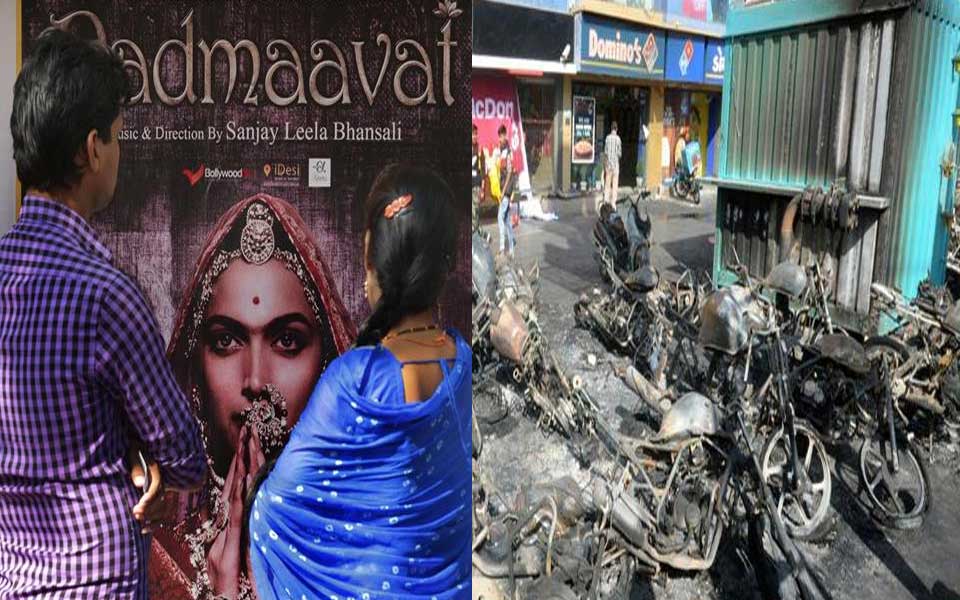 New Delhi, Jan 25:  Amid calls for its ban resonating across several states in the country, Padmaavat released in theatres today.

Vandalism and violence were reported in Haryana, Rajasthan, Gujarat, Madhya Pradesh, Uttar Pradesh and Maharashtra yesterday, with members of fringe groups taking to the streets to protest the release of the film.

Director Sanjay Leela Bhansali’s much-awaited Bollywood epic has been mired in controversy for its alleged “misrepresentations” and “distortion of facts.”
The film was originally slated for release on December 1.

It was cleared by the censor board with a few changes, but later banned by some state governments, including Rajasthan, Gujarat and Madhya Pradesh. The Supreme Court later struck down the ban, citing the freedom of expression, and paved the way for its release today.

In a particularly disturbing incident in Gurgaon, a mob attacked a school bus with children with sticks and stones. A video of the incident, which went viral, shows terrified children, studying in grades ranging from nursery to class XII, huddled on the bus in fear.