Paddy output down 1% in current fiscal year from record high 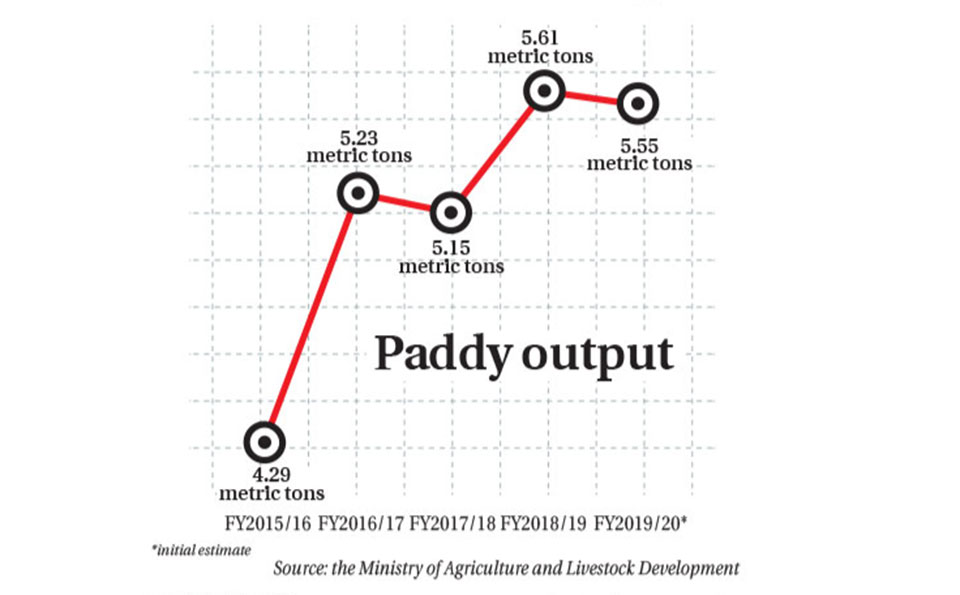 KATHMANDU, Jan 4: Paddy production in the current Fiscal Year 2019/20 has declined by one percentage point, or 59,000 tons, to 5.55 million tons, according to a government projection.

Issuing a statement, the ministry attributed barren land due to low plantation coverage, delay in monsoon arrival, damage wrought by insects to the major cereal crops and problem related to seeds to the lower output of the paddy.

“While the production figure looks lower compared to the last fiscal year, the current fiscal year is the second highest paddy output year and the record high in terms of productivity,” read the statement.

Economists voice concerns that the decline in the paddy output, which has the highest share in the agriculture sector, could affect the economic growth of the country.

KATHMANDU, Dec 19: Paddy production is projected to grow by 4.8 percent to 5.4 million tons this year. The Ministry... Read More...

HONOLULU, Aug 25: Hurricane Lane weakened to a tropical storm on Friday as it headed toward the Hawaiian islands. But... Read More...

NEW DELHI, July 26:  At least 48 people have been killed as large swaths of western India have been lashed by... Read More...