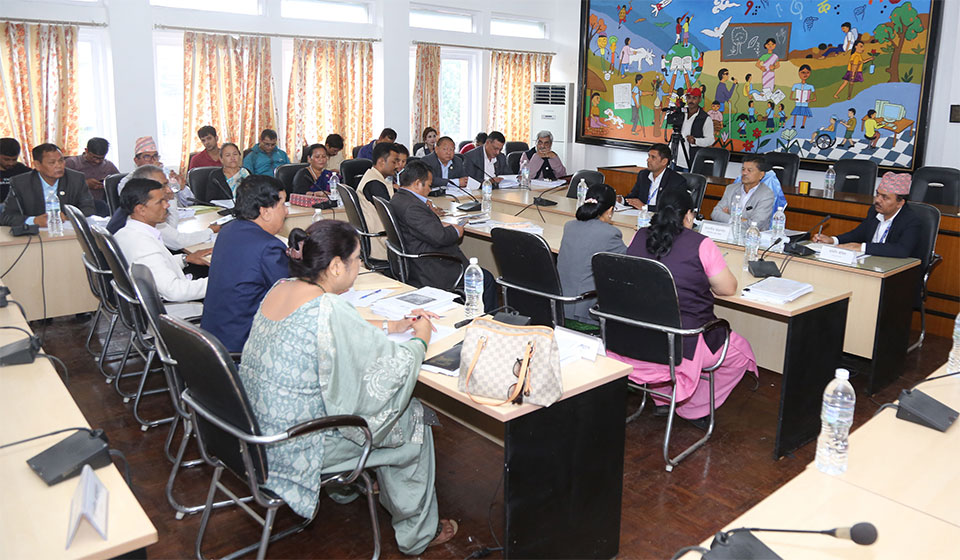 KATHMANDU, Oct 5: The Public Accounts Committee (PAC) of parliament has formed a sub-committee to look into the recent rise in prices of daily consumer goods, including sugar, on the eve of Dashain, Tihar and Chhath festivals.

The meeting of PAC held on Thursday has formed a five-member sub-committee under Lawmaker Lekh Raj Bhatta to investigate into market anomalies and come up with corrective measures that should be recommended to the government.

The decision of the parliamentary panel to look into market anomalies and arbitrary hike in price of essential goods comes in the wake of sudden spike in prices of most of the consumable goods, including sugar, in the past few days.

Other members of the committee include lawmakers Pradip Yadav, Parbata DC Chaudhary, Prem Ale and Chanda Chaudhary. The sub-committee has been told to submit its report to the committee within a week after inspecting the market and conducting needful discussions with the concerned government agencies and representatives of the private sector.

The PAC has also instructed the government to fix maximum retail price of sugar at Rs 63 per kg, which the industrialists have agreed to charge, until the sub-committee comes up with its recommendations.

The sugar producers have reportedly expressed commitment to the government to charge not more than Rs 63 for a kilogram of sugar before the government set restriction on sugar import.

In a bid to protect domestic sugar industry and provide domestic production an easy access to the market, the government on September 17 set sugar import quota for the current fiscal year at 100,000 tons. As traders have already used import quota for the current fiscal year, they cannot import sugar now. The restrictive measure was also aimed at helping the domestic sugar mills clear their stock.

While pressing the government to set import quota, sugar producers have also reportedly made commitment to not increase price of sugar. But going against the commitment, they have been found increasing the price in an arbitrary manner. A snap survey conducted by Republica found groceries charging consumers up to Rs 85 for a kilogram of sugar. Before the import quota kicked in, sugar was retailing at Rs 60 per kg.

“As sugar producers have expressed commitment with the government to keep consumer price below Rs 63 per kg, the committee has instructed the government to ensure that they do not increase price further," said PAC Chairman Bharat Kumar Shah.

"Sugar producers have also made commitment to clear dues of sugarcane farmers within 15 days. So, we have instructed the government to ensure that the sugarcane farmers get their payment by that time," he added.

Speaking at the meeting, most of the members of the committee criticized the government for failing to curb skyrocketing prices of essential commodities ahead of the festive season.