Over to you, Mr Modi 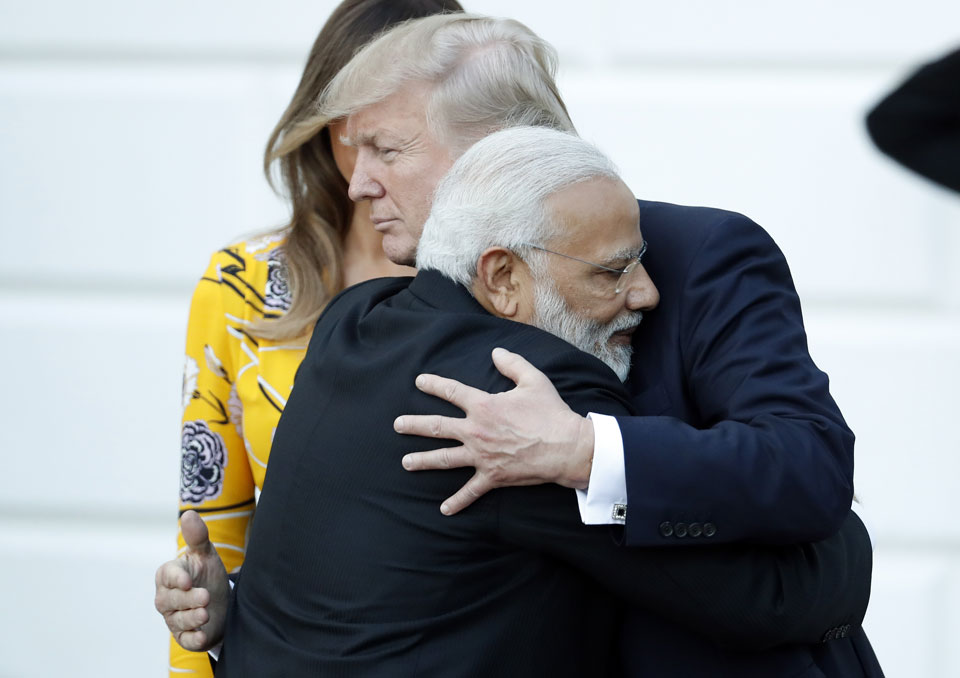 The Republicans are united in their belief that the ‘expansionist’ ambitions of communist China must be checked by empowering China’s rivals like India
The only thing that can be said with certainty about Donald Trump is that no one is sure what he will do when he officially assumes the presidency of the United States on January 20th. The same goes for his foreign policy. But that won’t stop this columnist and his ilk from some self-taught crystal-gazing on Trump presidency.

True to his form, Donald Trump has picked a CEO of a private company to run the State Department. The new Secretary of State, Rex Tillerson, who will be the de facto foreign minister of the US, is the CEO of the oil behemoth ExxonMobile. The Texas oilman’s only foreign policy experience (of sorts) is negotiating oil contracts with various dictators, most notably Vladimir Putin of Russia. (Putin has even honored Tillerson with ‘Order of Friendship’ award, a state decoration.) Even his other cabinet picks suggest everything is business for Trump.

Trump, like his C-suite Secretary of State, thinks of himself as a deal-maker and relishes tough business powwows. And this is also seemingly how he will run his foreign policy: like a business.

Trump’s preferred form of negotiation is to threaten to walk away if the other side refuses to see things his way. The President-elect of America thinks he can similarly coerce other countries to do the bidding of his country. Trump has already ventured into one no-go area for the American establishment by questioning its four-decade-old commitment to One China.

“I don’t know why we have to be bound by a One China policy unless we make a deal with China having to do with other things, including trade,” he recently told Fox News. Trump was in the process of defending his phone conversation with Taiwan’s president, Tsai Ing-wen. It was the first time in four decades that America’s president-elect had directly talked to the head of government in Taiwan, which China considers a part of its territory. China is alarmed by Trump’s loose tongue and his brinkmanship—and he is clearly pushing it. During the campaign trail, Trump had once accused China of ‘raping’ America.

Even after his election as American president, Trump seems to be in no mood to ease off on China, which he has now accused of “stealing” a US drone from international waters in the South China Sea. China has fired back. “Trump is not behaving as a president who will become master of the White House in a month,” the Chinese government mouthpiece Global Times wrote in a recent editorial. “He bears no sense of how to lead a superpower.” This escalating war of words between a superpower and one in the making could soon get out of hands.

Modi-Trump bhai bhai
By contrast, Trump has made soothing overtures towards India. He calls Narendra Modi a ‘great guy’ and professes ‘great love’ for India. Many things about the Trump presidency will be unpredictable. But it is safe to assume that America under him will tilt towards India. This is not just because of his personal admiration for Modi’s India. The Republicans now control both the upper and lower houses of parliament in the US. These Republicans are united in their belief that the ‘expansionist’ ambitions of the communist China must be checked and the best way to do so, in their view, is to increase the powers of China’s regional rivals like India and Japan.

Hence Team Trump wants better ‘strategic ties’ with India. The new administration “hopes to break new ground in selling advanced weapons systems to India,” The Hindu quoted Shalabh Kumar, who is the founder and president of the Republican Hindu Coalition (RHC), and a community organizer for Trump’s campaign. Washington under Trump, said Kumar, also hopes to ‘lift’ bilateral India-US trade from a little over US $100 billion today to at least $300 billion during the President-elect’s first term and up to $1 trillion by the end of his second term.

India would surely want a quid pro quo for buying expensive American weaponry; and there could be no bigger prize in the eyes of the Indian establishment than assurance of India’s continued primacy in South Asia.

History suggests close India-US ties and close Sino-US ties are mutually exclusive. During the Cold War, when relations between China and the Soviet Union warmed following the proclamation of the People’s Republic of China in 1949, the Americans naturally gravitated towards the Indians to offset the communist duopoly. But as soon as the two communist countries started to drift apart over their differing interpretations of Marxism, among other things, Americans immediately warmed up to China. India then set about improving ties with the Soviet Union, China’s new nemesis. Coming back to the present, the new Cold War in South Asia is between India and the US on one hand and China on the other.

The Nepali bargain
Trump has already said he is not interested in working with the countries that do not bring immediate material benefits to the US. He has also suggested that instead of spending American money abroad he would look to build vital infrastructures at home. If so, the bilateral American aid to Nepal could be cut. More worryingly for Nepal, as US-India ties improve under the Trump administration, the US could simply disengage from Nepal, once again relying on India to keep the Chinese out.

American ambassador to Nepal, Alaina B Teplitz, in a recent conversation assured Prime Minister Pushpa Kamal Dahal that “the [US] election will not affect the relationship between the two countries”. But as someone appointed by Barack Obama, a Democratic president, she is in no position to make such assurances. Trump will soon pick his own Nepal envoy, and chances are he will be another India-loving businessman.

Moreover, although there has been a realization in New Delhi that perhaps it went too far in imposing the blockade last year, Modi has given no indication that his hardline position on Nepal has much changed. With Donald Trump assuming US presidency, expect a more active India in the neighborhood.

But China, ever on the guard against possible encirclement by a ‘concert of democracies’, won’t sit quiet either and could ramp up its checkbook diplomacy in South Asia. Lying at the heart of this geopolitical battle for supremacy, the big danger for Nepal is that the hidebound rulers in Kathmandu may one day wake up to find that they are no longer in charge of their own destiny.