Over 800 quake victims yet to initiate reconstruction in Rasuwa 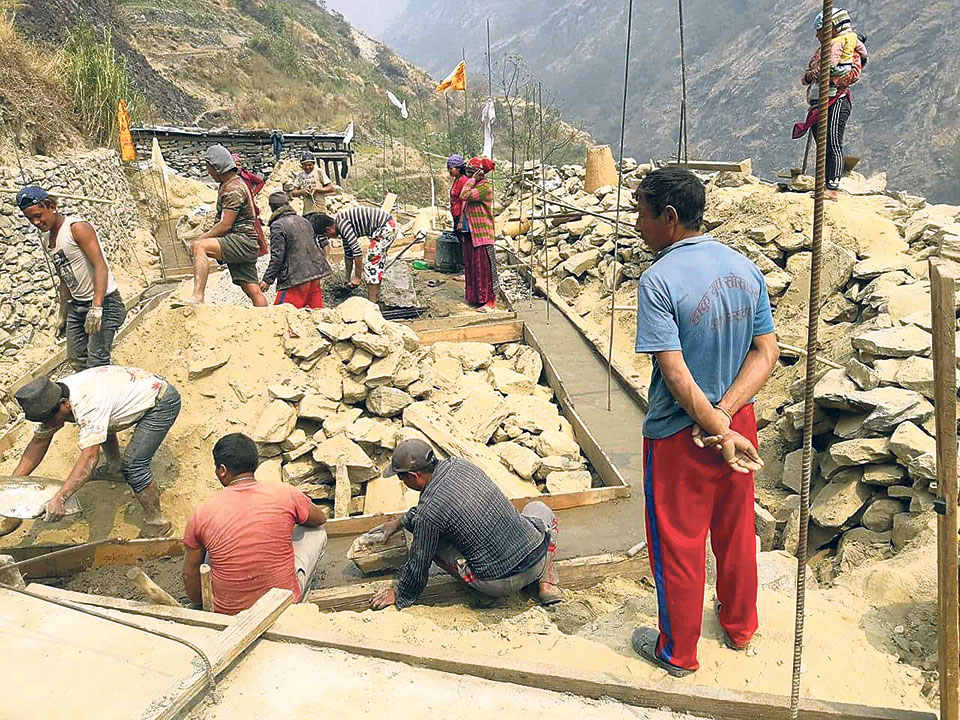 A house being reconstructed in a village in Rasuwa in this recent photo. Photo: Himnath Devkota/Republica

RASUWA, Sept 11: Three-and-a-half years after the devastating earthquake, over 800 locals of Rasuwa district, which was one of the hardest hit districts, are yet to begin reconstruction of their houses.

Residents of rural areas have to transport construction materials from far places, adding to their difficulties. Even the available road networks are in bad shape due to monsoon rains.

GORKHA, Nov 14: It has been more than two years since the catastrophic earthquake of 2015 rendered hundreds of locals in... Read More...

KATHMANDU, March 20: Although the government started distributing the second tranche of the reconstruction grant some four months ago, less than... Read More...