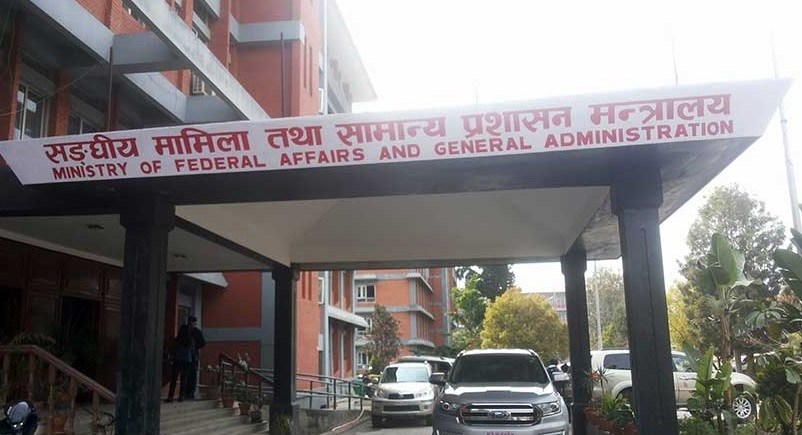 KATHMANDU, Jan 16: The Ministry of Federal Affairs and General Administration (MoFAGA) has said that the 21-day deadline given earlier to civil servants to file online applications mentioning the adjustments of their choice in the three tiers of government won't be extended. The deadline expires on Wednesday night.

Over 89,000 government employees are being adjusted in the federal, provincial and local governments within this month. These include 73,181 civil servants and remaining others belong to employees recruited under different government services including those hired locally to run local administration works.

Government employees working at the federal, provincial and local levels without approved vacancies, those getting permanent appointments under the erstwhile District Development Committee and those working in various committees, commissions, academies or similar organizations handed over to the provincial and local governments, too, have been asked to submit their applications for adjustment.

Of the total number of government employees being adjusted, altogether 74,756 employees have updated their details in the system. “Our system has shown that 62,482 of the total 73,181 civil servants have already filed applications for the adjustment and 11,009 civil servants have readied their application in the system, but are yet to submit it,” said Joint Secretary Paneru.

Those not filing applications will automatically be assigned to government offices with vacancies, according to officials.

As per the Office and Management (O&M) Survey endorsed by the cabinet, there will now be a total of 47,920 civil servants in the federal government, 22,755 in provinces and 67,503 employees in the local governments.

KATHMANDU, July 30: The Ministry of Federal Affairs and General Administration (MoFAGA) has directed the local levels to allow the... Read More...

Use of fake news to disparage China
23 hours ago

17 houses swept away by landslide in Bajhang, huge human loss feared
2 hours ago

Qatar returnee dies of COVID-19 in Gorkha
5 hours ago