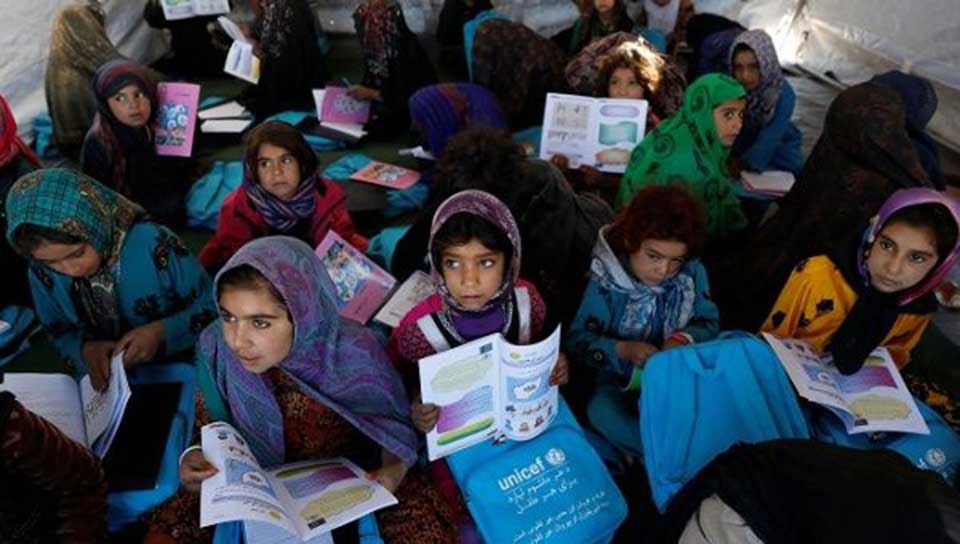 Children at a refugee camp are part of more than half a million people internally displaced in Afghanistan. | Photo: Reuters

CARACAS, Nov 10: Friday marked World Freedom Day for the United States. In the 17 years since the holiday was declared by former President George W. Bush, over 500,000 people have been killed in the so-called “War on Terror,” a study shows.

A report published by Brown University's Watson Institute for International and Public Affairs tallied the direct deaths from war-related violence based on exact counts as well as estimates, placing the death toll in Afghanistan, Iraq, and Pakistan at between 480,000 and 507,000.

Neta C. Crawford, Professor and Chair of the Department of Political Science at Boston University and author of the study, laments “Though the war on terror is often overlooked by the American public, press and lawmakers, the increased body count signals that, far from diminishing, this war remains intense."

The intensity of the war in Afghanistan, Iraq, and Pakistan has diminished in recent years. However, civilian deaths are still high.

“The number of civilians killed in Afghanistan in 2018 is on track to be one of the highest death tolls in the war,” Crawford says.

The U.S. invaded Afghanistan in 2001 and Iraq in 2003, in the wake of the 9/11 attacks. Although Pakistan was not directly invaded, since the U.S. launched the "war on terror" at least 60,000 people have been killed in attacks related to the U.S. invasions of Afghanistan and Iraq.

The war in Afghanistan has lasted 17 years and is the longest U.S. military invasion.

The U.S.’s global military campaign, or “War on Terror,” was implemented by former President George Bush in the aftermath of the September 11, 2001 attacks.

"Our enemy is a radical network of terrorists and every government that supports them," Bush said in a speech that year.

That same year, Bush declared the World Freedom Day to commemorate the fall of the Berlin Wall in 1989.

The current U.S. administration recognized the holiday in a statement.

“On World Freedom Day, we remember the struggle and sacrifice of those who braved severe hardships under communism’s brutal reign,” U.S. President Donald Trump said in a proclamation. “We celebrate November 9, 1989, as the day when freedom-loving people on both sides of the wall came together to begin tearing down this hated obstruction to liberty.”

The U.S. has military operations in over 100 countries. Since Trump took office in Jan. 2017, over 2,000 people have been killed by drone strikes.

“Trump has drastically stepped up the United States’ use of deadly force, including by drones, in the Middle East and Somalia,” Amnesty International says.

According to Crawford the study "just scratches the surface of the human consequences of 17 years of war."

It does not include people who have been killed indirectly, through diseases or damaged infrastructure, nor does it factor in other devastating effects of war, such as displacement and famine.

Furthermore, it also does not include the wars in Yemen or Syria. Yemen, where millions of people rely on food rations, is on the brink of the worst famine in decades. The Saudi-led war in Yemen, which enjoys the support of the U.S. and the United Kingdom, has claimed around 56,000 lives.

Direct deaths from war in Afghanistan, Iraq and Pakistan

Pakistani MP surrenders after deadly clash between protesters and military

DERA ISMAIL KHAN, May 30: A Pakistani lawmaker who escaped a deadly clash between the military and activists over the... Read More...