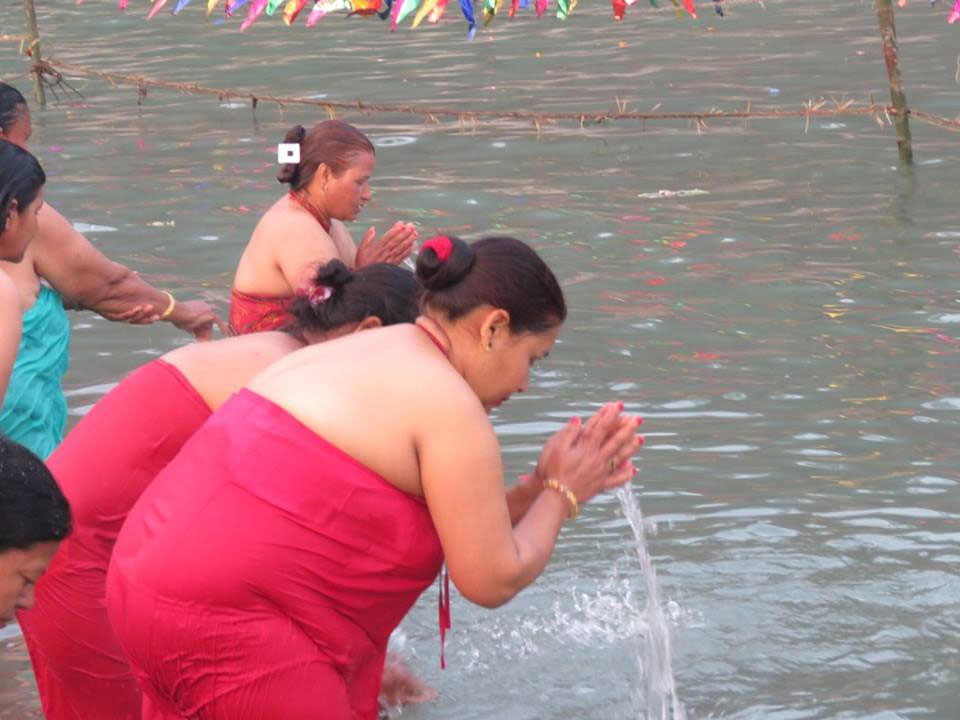 DAMAULI, Jan 15: More than 300,000 devotees visited Devghat, a religious site at the confluence of the Trishuli and Kaligandaki rivers on the occasion of the Maghe Sankranti festival on Thursday. They took holy dips in the river.

The devotees had arrived at Devghat a day earlier. Executive Director at Devghat Area Development Committee, Dhiren Babu Ghimire informed Republica that the committee however did not organize any formal programme due to the fear of COVID-19. The devotees came voluntarily for holy dips.

Various subcommittees were formed to make the festival well-managed. The Maghe Sankranti fair began by erecting a bamboo pole- a symbolic lingam. Similarly, 25 big boats were arranged for the religious visitors to facilitate dipping.

Nepal Army, Armed Police Force, Nepal Red Cross rescuers and local Bote community were mobilized for the safety of the religious visitors taking a dip in the river.

Buses for the transportation of the visitors were also managed for thousands of visitors coming from Ramnagar, Thimura and Dasdhunga and Anptari, according to Executive Director Ghimire.

Devghat is known as the most-visited religious place on Maghe Sankranti in Nepal.

RASUWA, Feb 8: Devotees going to the holy lake Gosaikunda by air have been affected due to a snowstorm. Helicopter... Read More...

Politics behind garbage disposal in Kathmandu Valley is a conspiracy against Balen: Rabi Lamichhane
1 hour ago

Nepal records 888 new cases, 474 recoveries and one death on Monday
2 hours ago