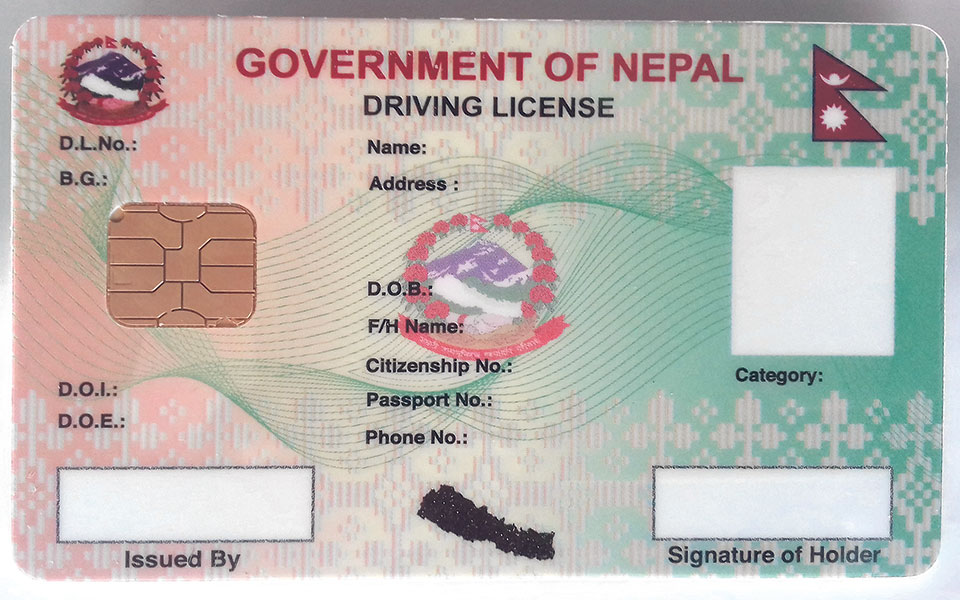 KATHMANDU, Feb 22: Distribution of digital driving licenses has been a problem  ever since the new system was introduced in December, 2015. Over 200,000 people are yet to receive their digital driving licenses from the Department of Transport Management (DoTM) due to the shortage of smart cards, according to officials of the department. The officials have said that they will have to wait until mid-April .

“We are yet to distribute more than 200,000 licenses, the trial tests for which date back to August,” said Tulsi Ram Aryal, director at the department.

Department officials have cited the lack of smart cards and printers and the inability of the previous management team to award the tender for smart cards  last fiscal year as the reasons behind the digital driving license backlog.

“We still do  not have the smart cards which are used for making the digital licenses,” said Aryal. “Madras Security Printers in India has been printing and supplying the smart cards onto which we fill in the details of the license holder with the printers in our office.” There are currently four smart card printers at the department that work.

However, DoTM is optimistic  the smart card problem will be solved within two months.

“We  recently received 103,000 smart cards and will be receiving another 350,000 more as well as  four more printers within a week,” said Aryal. “All  200,000 people waiting for the digital licenses will receive them after about two months.”

The applicants  for the digital  licenses have been venting serious dissatisfaction over the  delay.

“My son had passed all the  license tests in August. He is now in Australia  and says  he needs the license there,” said one person visiting the department who did not wish to be named.
Bimala Dahal of Imadol said she had passed her trials in May but has not received her digital driving license yet.

“I passed the trial examination for a scooter license in October and a week ago I went to the transportation office,” said Luna Nemkul of Sanogaun, Lalitpur. “They told me to come back after three months.”

According to DoTM, once the shortage of printers and smart cards is tackled and the 200,000 pending applicants get their licenses, fresh applicants will have to wait a minimum of 15 days and maximum one month for  their digital licenses.

The digital driving license was introduced in  2015 to replace the  cardboard version. The digital license is similar to ATM cards issued by banks. The smart card contains an electronic chip that stores all the details of the driver.

Two teachers out of contact since last six months

BAJURA, April 4: It has been revealed that two teachers of Andradi-based Prabhat Primary School have not turned up at... Read More...

Animals are killed brutally time and again, but perpetrators are hardly booked
47 minutes ago