Over 150 returning home from India quarantined in Doti 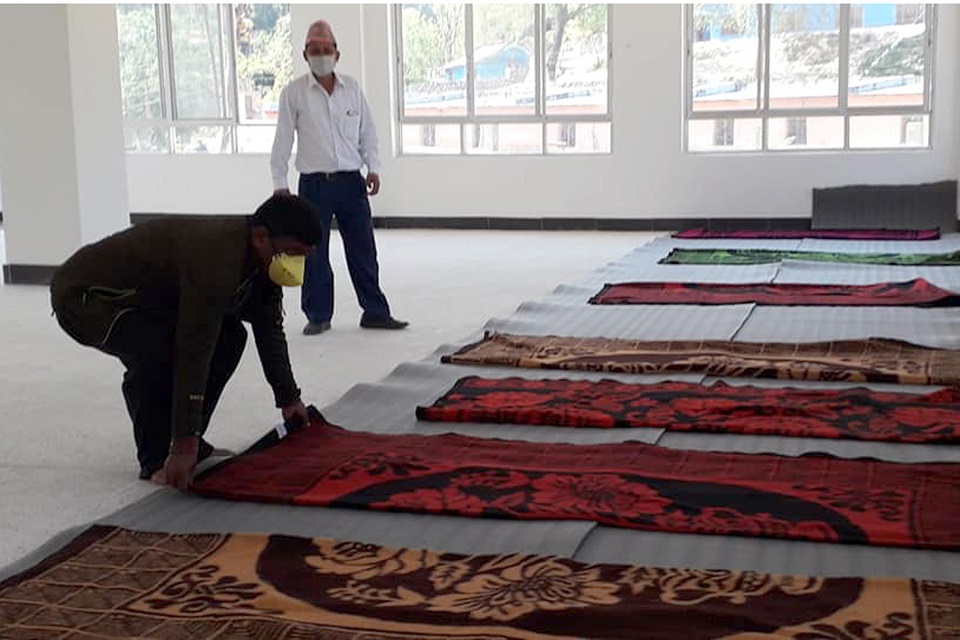 Of them, 71 have been quarantined at Talkot of Shikhar municipality, 51 at BP Nagar of Badikedar rural municipality and 53 at Rajapur, said Dilip Singh Deuba, Chief of District Police Office.

Respective municipalities and rural municipalities would provide accommodation to the quarantined people, said Ram Bahadur Aire, Coordinator of the District Coordination Committee. A search has been launched for those who have returned home from various Indian cities and their record would be kept, he said.

Dipayal Silgadhi municipality has provided necessary medical equipments for the treatment of the quarantined people, said mayor of the municipality, Manju Malasi.

Meanwhile, local levels have suggested those returning from India that they adopted home quarantine themselves.

The District Administration Office has urged local people to abide by the lockdown.

Young couple gets married at a quarantine facility in Dang!

DANG, June 16: A couple has tied their marital knot at a quarantine facility here in the district. A young... Read More...

21-year-old Aakriti Kapali says that the coronavirus pandemic feels like a bad, sad dream. The only good thing, so far,... Read More...