Over 100 Nepali children a month smuggled to India as bonded labor: Activist 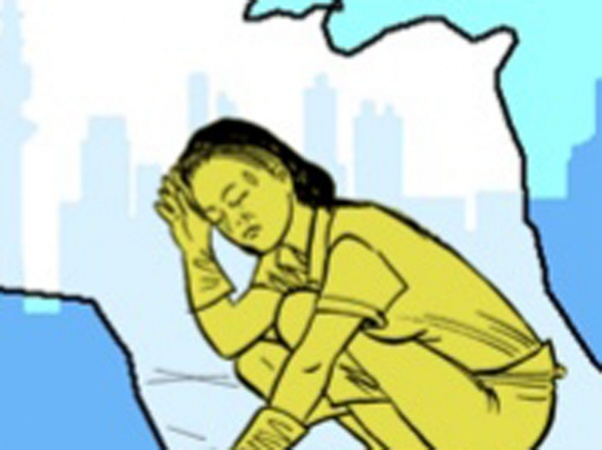 KATHMANDU, Sept 5: Rescued from bonded labor in India, Ekraj Biswakarma, 15, of Jajarkot district,  reached Kathmandu on Thursday, his dream of studying in a boarding school and improving his family's lot presumably shattered.

The boy, who found  it hard to get a good education amidst the poverty in his family,  had been lured by some 'unknown agent' in his village. He was taken to India.two years ago via Nepalgunj.

Imagine his shock when instead of being admitted into an English medium school he was handed over to agents that hired bonded labor. "I had never imagined I would be sold as a bonded laborer in India for just Rs 100 per day," recalled Ekraj soon after exiting Tribhuwan International Airport (TIA) arrival lounge, along with four other rescued minors including two girls.

Ekraj started work scaring off monkeys from standing crops in Punjab. He was later sold off to other various places like Simla, Himanchal and again Chandigarh, for work such as cleaning, washing, construction and domestic help.

"I badly missed my family and friends and I was beaten up by those who hired me until I was rescued by police," he said.

He was handed over to the children's home Snehalaya in Chandigarh after some Nepalis filed a complaint.

He lived in the children's home for about 15 months and was sent back to Nepal under the coordination of the Embassy of Nepal and Maiti India.

Like Ekraj, 16-year-old Krishna, who is thought to be from Salyan district, Prem Singh, 12, from Dang and Laxmi, 15, from Sarlahi had similar stories to share. They hardly speak any Nepali and they are uncertain about their actual addresses in Nepal and the identity of their families.

"At one point I felt it would be impossible to return home as I could hardly remember my family and friends," said Prem, who was left abandoned in India by his own older brother about five years ago.

Laxmi, who had reached Delhi with her brother about three years ago, worked as a cleaner in hotels and restaurants after being sold as bonded labor by some agents. After being repeatedly tortured and harassed by the owners at Sector-20, New Delhi, he called the police about a year ago.

"Agents smuggling children and girls to India from Nepal and the violence inflicted on them are little heard about or seen," said Bal Krishna Pandey, an activist who accompanied the rescued  children back to Nepal.

"We urge stakeholders to speak out more forcefully against this phenomenon but our hopes have been fading," he said.

According to him, over 100 Nepali children including young girls are thought to be smuggled across the porous  Indo-Nepal border every month.

Meanwhile, a 17-year-old girl identified as being from Ramnagar-7 of Nawalparasi district, has been rescued from India while being smuggled to the Gulf via Sri Lanka. The girl, who was taken to Delhi through  Lumbini Zone about six months ago by an agent identified as Samir, was caught by airport police after finding that her passport stated  her  age as 35.

"I didn't know about my MRP passport which indicated my age as 35 as it was handed to me just before my flight," she said adding that many girls from Nepal have already been taken away via similar routes and in similar ways.

According to Narayan Prasad Kafle, spokesman at the Ministry of Women and Children, "The latter is just one example of how scores of poor Nepali women are taken abroad on a daily basis with a promise of a good job."

He informed that those rescued from India have been placed at children's homes and attempts are being made to trace their parents on the basis of available clues.