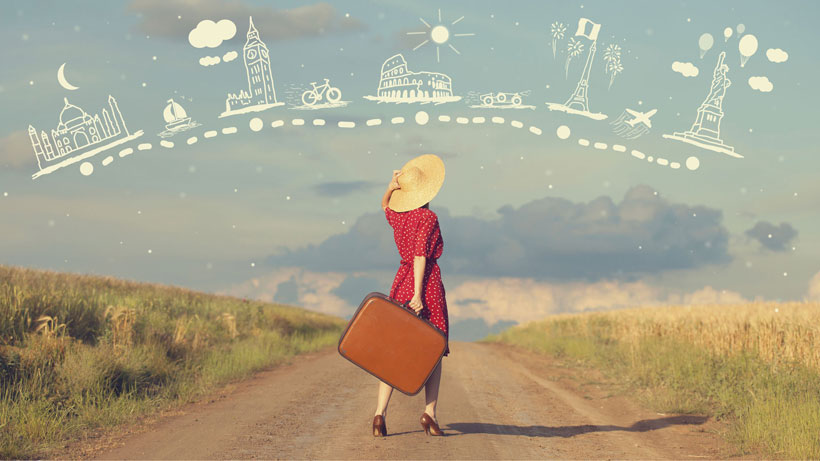 For urban Nepal, the way we celebrate Dashain and, dare I say it, even the importance we attach to it has changed.

We’ve apparently become a nation of travellers if the advertising blitz in newspapers, on TV and social media is anything to go by. While the usual suspects of cars, motorbikes and consumer electronics are ever present in the commercial build up to Dashain, there is a relatively new sector that may in the coming years overshadow the lot of them – our travel agencies. There’s no escaping the presence of travel offers on various mainstream and social media unless you’ve been living under a rock. The adverts scream affordability and convenience with some even giving you the option to travel now and pay – rather reluctantly – later.

For urban Nepal, the way we celebrate Dashain and, dare I say it, even the importance we attach to it has changed. In rural Nepal, Dashain still remains an important social event due to the fact that half of our sons and daughters are away from their homes eking out a living and only visit their homes around this time of the year. Therefore, it is really in urban centres that one can see the evolution of Dashain from a religious festival of great significance to a bland ‘opportunity for a vacation’.

There are subtle hints to this fact – the annual exodus from Kathmandu isn’t as pronounced as it used to be and while flights into Nepal are understandably packed to the rafters, the situation for flights leaving the capital is somewhat similar. Dashain has well and truly become international. So, what has caused us to go from being content with our unholy trinity of ‘masu, raksi and taas’ to become a nation of travellers?

It’s the only time of the year when the routines of mother, father, son and daughter coincide to make it a perfect opportunity to escape somewhere else. Globalization and the changing dynamics of family life in Nepal means that members are now separated by continents and the Dashain ‘tika’ isn’t just a hop, skip and jump away. What better to do then spend some time abroad or go meet one’s families elsewhere? Even nuclear families based in Nepal no longer feel compelled to spend their time rooted to their homes when they can just pack up their lot – lock, stock and barrel and celebrate Dashain elsewhere.
Moreover, for families whose Dashain has been made redundant through a death in the past year may choose not to mope around here but alleviate their sorrows elsewhere. Add to all these reasons the rise in our disposable incomes, Dashain bonuses and the drudgery of a six day working week and the allure of this trend becomes very clear.

Mercifully for us, we are geographically close to some of the most fascinating and most saliently for us, economical destinations in Asia. This is of immense benefit because holidays that necessitate breaking the bank aren’t really that attractive an option.

Unfortunately for us in Nepal, it’s not enough to just have the money because getting ready for a holiday is a full time job in itself. There’s a lot of legwork and hustling involved in the run up to the holidays and, for the most part, it is a proper pain in the backside.
For starters, most of the countries we wish to visit require a visa which means paperwork and a look at our bank balances which compels us to bolster them well in advance of the application. However, the worst of the lot is the process of exchanging dollars and that is even before accounting for the inevitable anguish of the rupee – dollar conversion rates. Our commercial banks even during normal times trot out the age old excuse that they’ve run out of dollars, but in the build up to Dashain this problem becomes exacerbated and this means running from pillar to post for a handful of dollars. It’s also not enough if you already have the dollars and the right justification for it. The stamp is an absolute must and I’ve been in heated arguments more than once at immigration concerning the lack of a dollar exchange stamp.

All these problems notwithstanding, we still have people travelling in greater numbers outside the country and the time is not far away when it may well become an annual ritual of sorts for many. While flashy adverts for Thailand, Dubai and Europe compete for our attention, destinations in Nepal are conspicuously absent and this is a real shame. The problems in our domestic sector are well documented and it is a discussion for another day, but in the coming years the government should do more to leverage this holiday trend to promote our domestic tourism. Even a tiny deflection of this demographic into domestic tourism has the potential to do wonders for our tourism industry. Who knows one day we might find ourselves scrambling not to exchange dollars and get visas in the run up to Dashain but to manage our holidays somewhere in Nepal. Let’s hope it’s sooner rather than later.

KATHMANDU, Sept 8: With Dashain and Tihar festivals around the bend, festive shoppers are thronging major market centers across the... Read More...

The Failed Dalit Struggle
11 hours ago

Three killed as landslide damages a house
12 hours ago