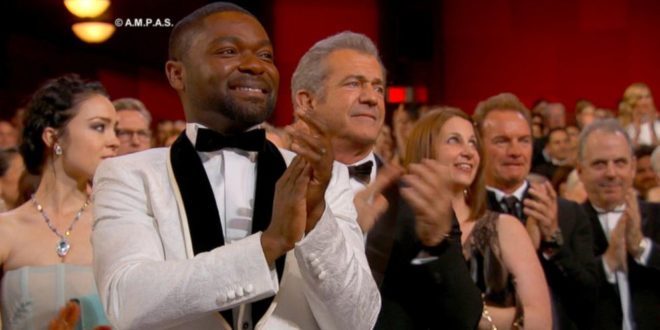 The Shape of Water won Best Picture tonight at the 90th annual Academy Awards, and Guillermo del Toro won Best Director for The Shape of Water, his first Oscar win in four noms. It led all films tonight with four Oscars.

In an unusual twist, only six  films won multiple trophies tonight, led by Shape of Water, followed by Dunkirk with three and Three Billboards Outside Ebbing, Missouri, Blade Runner 2049, Coco and Darkest Hour with two apiece.

The acting awards went as expected, with Frances McDormand winning Best Actress for Three Billboards, Gary Oldman taking Best Actor for Dunkirk,and Allison Janney and Sam Rockwell snagging Supporting Actress and Actor for their respective roles in I, Tonya andThree Billboards. All four were odds-on favorites after filling their mantles throughout awards season.

All of the Best Picture nominees won at least one award tonight, except Lady Bird andThe Post.

Jimmy Kimmel hosted the show from the Dolby Theatre in Hollywood for a second consecutive year, with the #MeToo and Time’s Up movements getting plenty of screen time.

Here is the complete list of winners at the 90th annual Academy Awards:

MUSIC (ORIGINAL SONG)
REMEMBER ME
from Coco; Music and Lyric by Kristen Anderson-Lopez and Robert Lopez

WRITING (ORIGINAL SCREENPLAY)
GET OUT
Written by Jordan Peele

ACTRESS IN A SUPPORTING ROLE
ALLISON JANNEY
I, Tonya

KATHMANDU, Dec 8: The vote counting is underway of the House of Representatives (HoR) and Provincial Assembly (PA) in most... Read More...