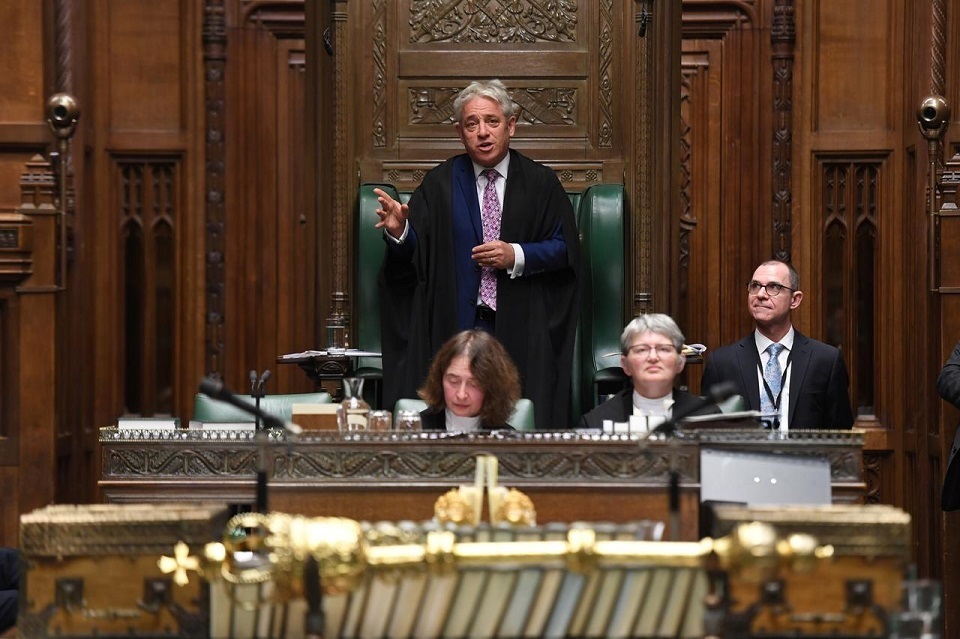 FILE PHOTO: MP John Bercow speaks at the House of Commons Chamber for the final time as Speaker

LONDON, Nov 4: British lawmakers will elect a new Speaker on Monday to take on the role of refereeing the next parliamentary instalment of the country’s protracted struggle over Brexit.

In the three years since Britain voted to leave the European Union, the Speaker has played an increasingly influential role in the process of debating the rights and wrongs of Brexit and passing the laws needed to implement it.

The Speaker is the arbiter of procedural disputes in the House of Commons, parliament’s lower chamber, and has the power to decide which challenges to the government’s plans are allowed to proceed.

Former Speaker John Bercow was accused of breaking convention and favouring those who wanted to stop the government’s exit plans. But he was feted by others who saw him as empowering them to challenge and scrutinise the executive.

“The Speaker who succeeds John Bercow, whoever they are, is going to face quite a unique set of challenges,” said Alice Lilly, senior researcher at the Institute for Government think tank.

Foremost among those challenges will be Brexit, but the Speaker will also have to handle criticism that parliament’s antiquated setup has allowed bullying and harassment.

Bercow’s replacement will be chosen by a series of secret ballots - a process that could take several hours, with candidates dropping out after each round of voting until one has majority support.

Eight candidates are currently declared in the race, and each will have a chance to make their pitch with a short speech starting at around 1430 GMT.

The current favourite is deputy speaker Lindsay Hoyle, a 62-year-old member of the opposition Labour Party who says the Speaker must be independent and fair and has promised to work to unite parliament.

Since 2017, the ruling Conservative Party has not had a majority in parliament, giving rivals more freedom to challenge the government and the Speaker a big say in the process.

But with a national election coming on Dec. 12, the new Speaker’s first job will depend on what government the public elect.

“Some of the decisions that John Bercow has made in the chair have been quite unprecedented. They’ve been very unexpected. Some MPs (Members of Parliament) have loved them. Some MPs have loathed them,” said Lilly.

“We’ll have to wait and see whether the new Speaker faces similar conditions with Brexit and minority government. If we have a majority government, it might be that actually Commons procedure becomes a little bit less crucial.”

End of May, PM steps down as Conservative leader