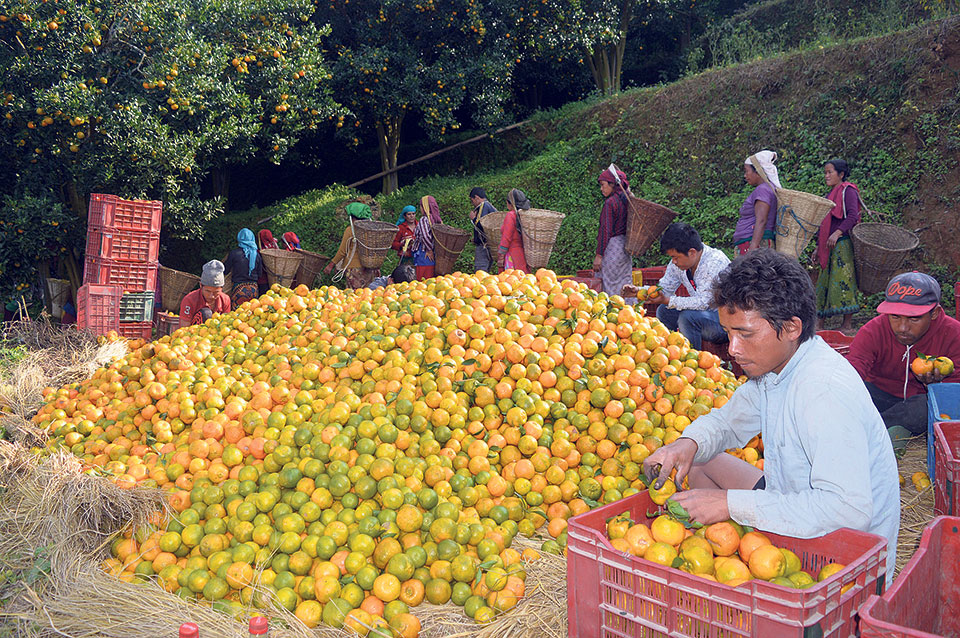 According to Kul Prasad Tiwari, head of the Agriculture Knowledge Center, Tanahun, 6,738 metric tons of oranges were produced in the district last year. “This year, the production was 7,000 metric tons,” said Tiwari.

Out of 1,500 hectares of cultivable land in the district, 1,004 hectares of land is suitable for orange farming.  Oranges produced in Tanahun are exported to Kathmandu, Pokhara and Chitwan.

According to Adhikari, orange trees have died not only due to diseases but also due to lack of proper management. “Farmers must be aware about various types of diseases and treatment of the orange trees on time,” he said. Decaying of root is one of the deadly diseases in an orange tree.

According to the Agriculture Knowledge Center, Tanahun, block and pocket areas will be expanded in the district to increase the production of oranges and also conserve the existing orange trees.

TANAHUN, Jan 6: A two grader boy was killed in a leopard attack in Tanahun district last evening. According to... Read More...

TANAHUN, Oct 21: Thirty-two people were injured when a passenger bus skidded off the road in Aabukhaireni rural municipality on... Read More...