KATHMANDU, May 30: The opposition alliance has urged the state organs not to support the government in its anti-constitutional activities.

“We had staked claim to the post of Prime Minister with the support of 149 lawmakers. The government cannot take the decision of dissolving the HoR in this case,” reads a joint press statement of the opposition alliance.

The alliance has also urged all the state organs and institutions not to support the government in its ‘unconstitutional’ and ‘anti-democratic’ acts.

“We believe that the Supreme Court will pass the verdict in our favor,” further reads the statement.

The opposition parties have filed writ petitions at the apex court, demanding the reinstatement of HoR and appointment of Deuba to the post of Prime Minister. 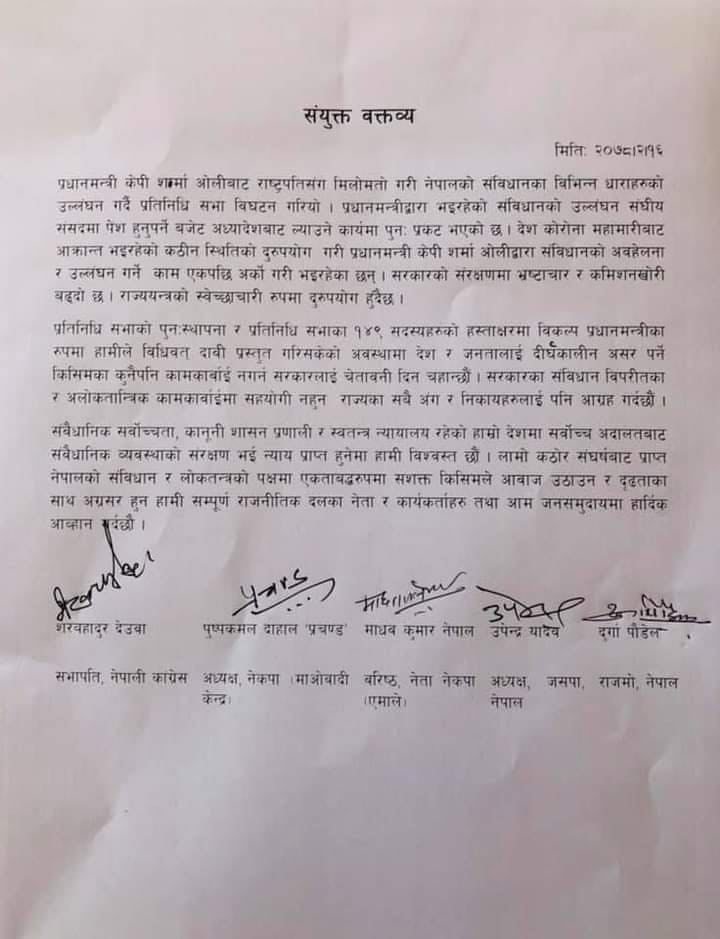 KATHMANDU, July 1: Today’s hearing on the House of Representatives (HoR) dissolution case has begun at the Supreme Court. ... Read More...

ANKARA, Turkey, July 16: Turkish President Recep Tayyip Erdogan told the nation Saturday that his government is in charge after a... Read More...

Two arrested for raping and murdering a minor
36 minutes ago