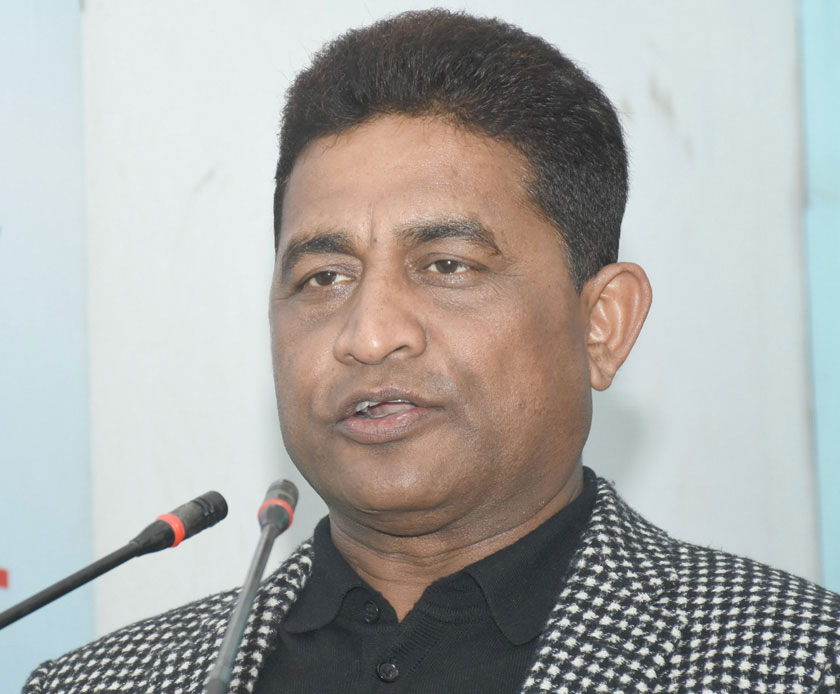 SYANGJA, Oct 11: Minister for Physical Infrastructure and Transport Raghubir Mahaseth has said that the opposition leaders have become restless due to Prime Minister KP Sharma Oli's vision of 'Prosperous Nepal and Happy Nepali'.

Inaugurating a newly constructed bridge over the Darau River in Arjun Chaupari rural municipality in the district on Thursday, Minister Mahaseth said that the opposition leaders have lost their hunger and become sleepless, with the two-thirds majority government formed by the communist parties.

There is no point in protesting against the prime minister's dream of waterways and railways by the Nepali Congress, stated Mahaseth.

"Please convey the message to the opposition leaders that the railway has arrived at Janakpur in reality - not in dream," said Mahaseth, referring to journalists.

Meanwhile, Mahaseth requested Nepali Congress to play a constructive role rather than unnecessarily engaging in the protests against the government.

"Prosperity is not possible without infrastructures," said Mahaseth, adding, "Over 6,000 roads will be blacktopped in the next five years."

He further said that preparations are underway to make Mahendra Highway four-lane.