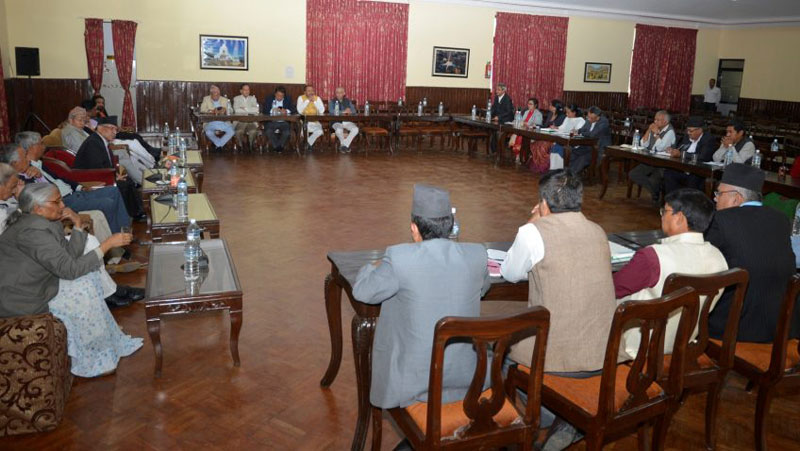 KATHMANDU, April 28: Prime Minister Pushpa Kamal Dahal urged opposition parties to support in endorsing the constitutional amendment bill with revision while opposition, including CPN-UML, urged PM to make them clear what revision would be made on the bill.

Prime Minister Dahal held an all-party meeting at his official residence Baluwatar on Friday and urged the opposition parties to support the amendment bill as it could increase the ownership of all communities to the constitution.

During the meeting, UML leader Agni Kharel asked PM to explain what revision the ruling coalition has been preparing to make on the bill. Along with UML, Nepal Workers and Peasants Party, Rastriya Janamorcha Nepal and Bahujan Shakti Party said that they can not support the existing bill on statute amendment.

UML leaders said that vote counting after the first phase of elections and annual budget could influence voting in the second phase.

In reply, PM said that the budget could be deferred and presented only after elections by removing constitutional hurdles.

However, he said that the vote counting of the first phase could not be deferred until the next phase since there is a legal provision that the ballot-boxes should be with the returning officers until the counting is over and the provision raises practical difficulties.

KATHMANDU, Jan 9: The government has tabled the constitution amendment bill in parliament on Sunday amid obstruction and uproar from the... Read More...