Open letter to US envoy 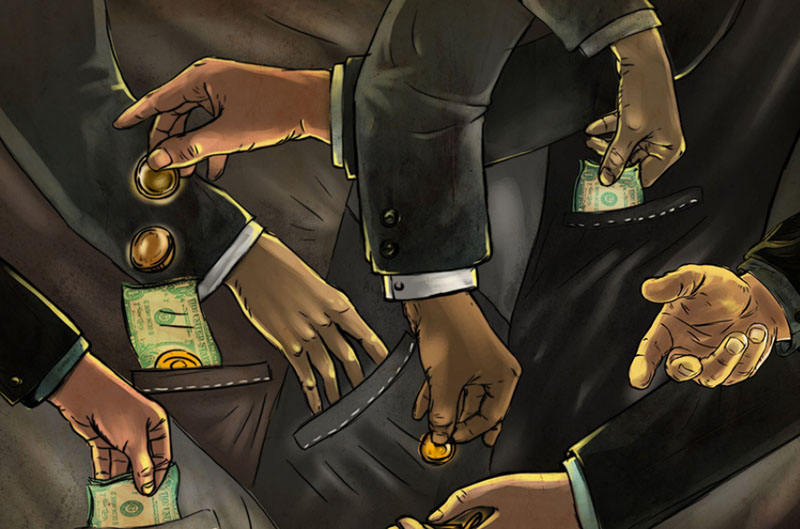 Your Excellency,
I hope you had a good Dashai holiday.

I read your recent article, “Cleaning up government” (Republica, September 20), with great delight. Your message encouraging Nepalis, particularly civil society, to do more in fighting corruption and to stop saying “yastaiho, kegarne” (‘it is like this, what to do’) with a “lamentable shrug” resonated deeply with me.

I welcome your public intervention on this critical issue. It was a refreshing departure. Leaders of the international community in Nepal often appear as mute spectators despite being important stakeholders and contributing almost half of the government’s annual budget.

Your Excellency, your article reflects a deep sense of bewilderment on why Nepalis are not doing more to prevent corruption. As you write, “it is staggering to me [US Ambassador to Nepal, Alaina B Teplitz] how the average Nepali’s response to these allegations is one of a lamenting shrug and assertion ‘that’s just how things are done in Nepal’.”

I am writing this open letter, in part, to address that sense of bewilderment. In the process, I hope I can share the pain we feel on corruption.

Corruption is wilful
Your Excellency, your observation that the average Nepali accepts corruption with a “lamenting shrug” conceding “that’s just how things are done in Nepal” is not representative of the Nepali population.

It is true that there is an organized system of corruption. In many government offices, officials don’t even have to demand their cut. A streamlined process delivers the respective cut across the hierarchy, from the lowest of peons to the minister, in a formulaic manner.

In this context, it is easy to believe that the system overpowers everyone into accepting corruption. But that’s not true. Everyone that participates in corruption does so not because it is the system. Rather, the decision to engage in corruption is a wilful individual decision that satisfies their greed and self-interest.

Corruption is a deliberate act. “That’s just how things are done” is a justification, an excuse for those giving or accepting a bribe. It helps them justify their act by shifting responsibility to something else. Yastaiho, kegarne, that’s what you hear in public from those that engage in corruption. But just before they go bed, in the privacy of the night alone with God, everyone that has said “that’s just how things are done” will close their eyes, kneel and seek forgiveness. There in that private moment in front of God they won’t blame the system but will ask for forgiveness for their action.

A vast number of Nepalis reject corruption in all forms. They reject corruption at great risk to their own fortunes and knowing that they and their descendants will be significantly disadvantaged. These are our unsung heroes, silent, suffering but persevering.

Your Excellency, when you look around, you see the “lamenting shrug” and resignation to an overpowering system of corruption. When I look around I see the perseverance of our unsung heroes who choose to reject corruption at a cost to themselves and their families.

Starts at top
Your Excellency, you describe the “daunting challenges” the United States (US) faced on corruption. But there is a fundamental difference in its application to Nepal. Corruption in the US was bottom-up. Its key drivers were ordinary citizens (organized interests) that created “political machines” to promote their interests but didn’t themselves have direct control of political power.

Corruption in Nepal is top-down. The key drivers of corruption are those in direct control of political power and the state’s machinery. Corruption is sanctioned and endorsed directly from the highest level and enabled by an ecosystem of brokers, intermediaries and functionaries. Corruption is now deeply entrenched within the judiciary.

Wondering why Nepalis don’t stop corruption is a bit like staring into the hollow eyes of a victim and wondering why the victim can’t get its tormentor to stop. The average Nepali is the victim of corruption. Political authorities are its drivers and beneficiaries.

In such an environment, fashioning a civilian-promoted institutional public response to corruption in the same way that the US successfully did is perhaps not impossible but extremely difficult. Nepal’s corruption is directed by those that hold political power and control the instruments of the state.

This is where the international community can play an important role.

Sucking out oxygen
Much as we cannot survive without oxygen, corruption cannot thrive without money. Today, corruption in Nepal stems entirely and directly from development assistance to government.

Corruption in Nepal originates from public finance mismanagement and only as a secondary offshoot spills over to the non-governmental and private sector. The scope for corruption in public finance is made possible by development aid. There is simply no other source for money in the economy to finance corruption. Government is the only game in town.

Development assistance buys Nepal many essential things—roads, airports, hospitals, schools, electricity and capacity building. But beyond these immediate outputs, the efficacy of aid in delivering outcomes that supports a transition to a more sustainable, just and prosperous economy is absent.

Your Excellency, as an example, you point to Nepal’s poor ranking on Transparency International’s corruption perception index. If that’s important, why don’t Nepal’s development partners peg aid to improvements in the index? Why don’t they demand better performance from government on governance, corruption and political stability?
There are many things that the international community and development partners of Nepal can do to support a transition to a more stable, sustainable political economy.
First, it can set a higher bar that ties aid directly with achievement of broader outcomes, such as reduction in corruption, rather than narrowly on immediate outputs.

Second, it can reduce the flow of aid to government-funded programs and channel support to citizen-led projects and initiatives. Where funds flow through government, it can put in a stronger set of neutral non-political civilian filters.

Third, it can and must reduce the flow of development assistance to Nepal. If we want to stop corruption, we must be prepared to restrict the oxygen that fuels the fire. We may be surprised by how positively that contributes to political stability, development and wider progress.

Your Excellency, encouraging Nepalis to stop corruption without addressing the impact of foreign aid on it is a bit like arming both side of a conflict and wondering why the victims of the conflict haven’t been able to achieve peace.

KATHMANDU, Dec 29: The Supreme Court on Friday summoned government authorities to discuss whether to issue stay a stay order against... Read More...

Transport entrepreneurs demand refinancing and rescheduling of loans
58 minutes ago