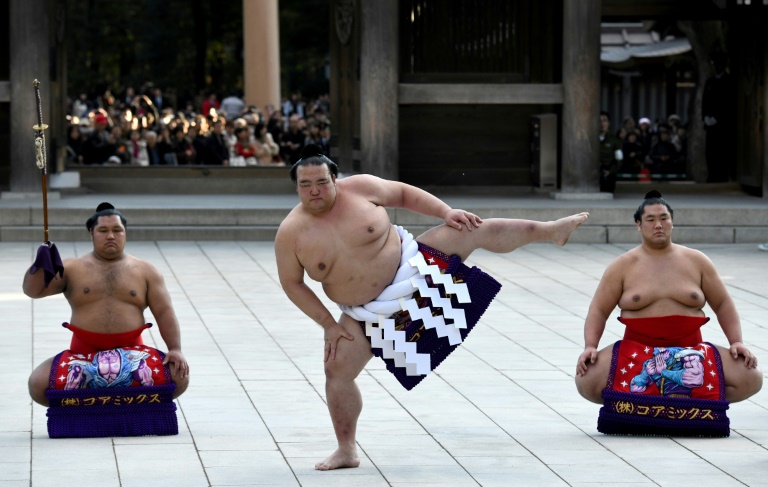 TOKYO, Jan 16: The only Japanese-born grand champion or "yokozuna" in sumo has decided to retire following a disastrous run of form and injury, leaving two Mongolians on top of the ancient sport.

Kisenosato, the first Japanese-born wrestler to reach the heights of yokozuna since 1998, decided to throw in the towel after three straight losses in the New Year "basho" or tournament.

With the expected retirement of the 32-year-old, there will only be two fighters left in the top ranks -- Hakuho and Kakuryu, both Mongolians.

"It's sad," he told reporters at a regular briefing.

"I think he captivated many fans as the first Japanese-born yokozuna in 19 years," he added.

Kisenosato won promotion to yokozuna in March 2017, much to the delight of fans eager to see a home-grown champion.

He had a promising start, winning his first basho as a yokozuna, but suffered a chest injury that forced him to miss eight consecutive tournaments.

He managed to win the autumn tournament last year but was again forced to retire in the basho after that following four consecutive losses.

This prompted officials to voice disappointment with his performance, sparking speculation that he needed good results in the New Year tournament to retain his top-ranked status.

Local wrestlers have been unable to repel a flood of foreigners who have dominated in recent years.

The overseas invasion began in earnest with Hawaiian behemoth Konishiki, who was nicknamed "Dump Truck" and tipped the scales at a whopping 285 kilos (628 pounds), and other hulking Pacific islanders in the 1990s.

The subsequent rise of the Mongolians has tormented sumo traditionalists in the absence of a Japanese challenge.

Sumo has also been rocked by a series of scandals in recent years, including the 2017 resignation of yokozuna Harumafuji after a brutal assault on a rival wrestler while out drinking.

In 2018, the sport drew accusations of sexism over a long-standing prohibition on women entering the "dohyo" or dirt rings where sumo is practised.

The rings are viewed as sacred in the Shinto faith and women -- considered to be ritually unclean -- are not allowed to enter them.

The tradition came under the spotlight after women who rushed to help a mayor who collapsed in a ring were asked to leave as they offered medical assistance.

And in September, a top sumo stablemaster whose charges included the wrestler involved in the fight with Harumafuji announced he was resigning over the assault row.

The decision meant his wrestlers and staff were transferred to another stable.