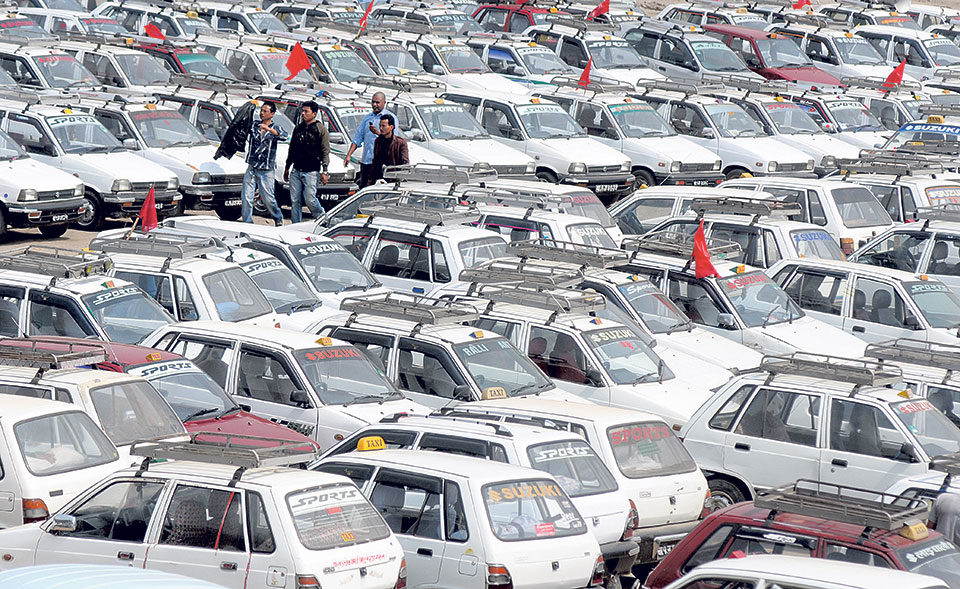 Only in Nepal can taxi drivers be bold enough to take out rallies demanding to be given the right to fleece customers. Only in Nepal can tanker drivers and oil suppliers block supply when stringent testing measures are proposed. Only in Nepal can an association of banks gang up against a member for trying to follow the rules of free market competition. Only in Nepal can consumers be treated like dirt and be expected to be grateful for the privilege. Welcome to Nepal, where you can do business – or what passes for it – with the sort of brazen assurance and impunity that would make the mafia envious.

The business practices that abound here would be deemed egregious in just about any other country on the planet. These cartels – there really is no point in beating around the bush by calling them syndicates, associations, federations, unions and what not – exist everywhere from oil and gas supply to contracts for infrastructure projects, right down to the supply of staples like fruits and vegetables.

In fact, you would be better off counting the sectors in the country where they don’t exist rather than where they do. It is an ugly legacy of over two decades of prolonged political transition and weak governance. But even among this ungodly mob of businessmen, transportation cartels or as they like to call themselves ‘entrepreneurs’, have always had a special place of their own.

For a long time, successive governments turned a blind eye – even colluded with, it can be argued – to these people organizing themselves into committees thereby enabling a group of private players to take on the role of the state to monitor and regulate roadways – not as public property but as personal fiefdoms. There was no political will to tame this beast and so it was not only business as usual for these folks but apparently also win-win for everyone except the travelling (and commuting) public.

As a result, the whole transportation ecosystem, public and private, is going to the dogs. You only need to ask those doing any work related to their license, vehicle registration etc and you get a fair picture of the ordeal common folks have to go through for even the most basic of administrative tasks. In fact, transportation related offices are the very embodiment of administrative ‘hustling’, infested by touts who collude with government employees to provide an unofficial fast track system for all your tasks. The stench of corruption is overpowering in these offices and, had it not been compulsory, it is the sort of place you would do everything to avoid.

The problem is that, for far too long (and I say this conservatively), we have been content with laws, reports, recommendations, committees and other democratic mechanisms for what is a blatantly obvious problem. What was really required was the political will, aka the heavy hand of the state, the full force of the law and a good helping of people power. The time for carrots has long gone – what these goons need is a stick and a very big one at that.

The effects of these cartels have been repeated ad infinitum and there is no need for me to belabour the point. All of us suffer because of it on a daily basis and it is this fact that makes us applaud the stance of the government and also the commuters and locals of Banepa in facing up to these thugs. After all, more buses will mean more options for daily commuters and it will also help people exercise their right to choose because, currently, there is no choice but to travel on – and this is a huge understatement – overcrowded buses.

Even if the addition of a few buses does not actually make our daily commute ‘five star’ – to use a Nepali turn of phrase – it will at least save us the indignity of being transported like cattle on a daily basis.

The enforcement of free competition may also have the intended effect of working wonders in terms of changing the attitude of service givers. It may potentially lead bus drivers and conductors who act like they are doing you a favour by shouting at you and shoving you around to temper their usually abrasive behaviour. Actually, I might be getting carried away with my expectations here. Let’s resign ourselves to the fact that a few things will probably never change.

Anyway, this kind of ‘stick minus the carrot’ policy at least shows the intent of the current government to tackle this problem. A lot remains to be done because our cartels will not let go without a fight and a lot of protests and disruptions can be expected if the government, as proposed by the Home Ministry, does not renew the registrations for these transportation cartels.

This is perhaps the first step to making a public transportation system that works for the public with the entry of true ‘entrepreneurs’and not assorted federations of vested interests. For a landlocked country like Nepal, it is imperative that government takes back authority over the roads. In terms of priorities, exercising this‘control’is perhaps second only to the condition of these roads. Currently, there are good signs that both are on the mend. But I wouldn’t uncross my fingers just yet! 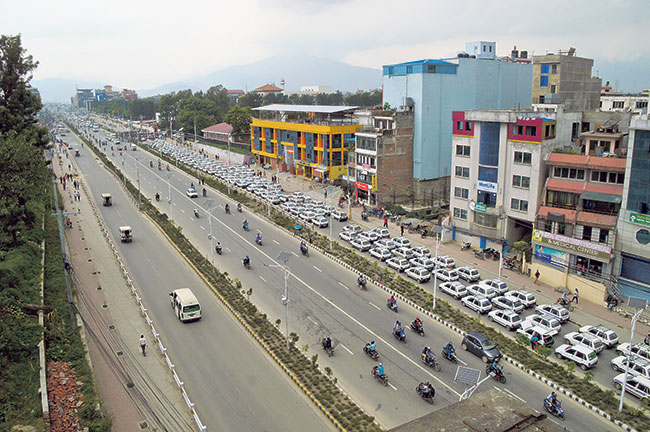