Online book communities to check out 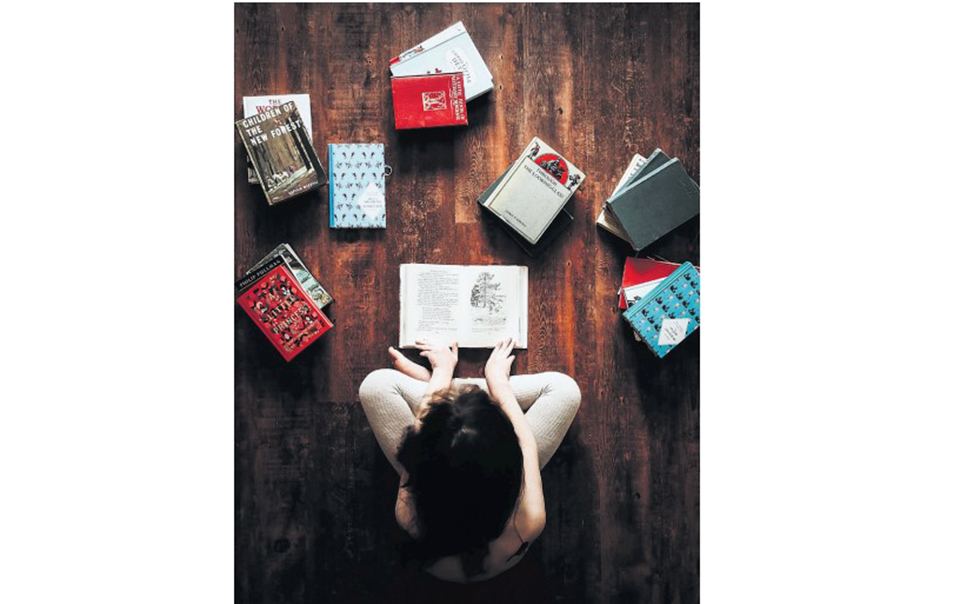 Being a part of an online book community has many perks for both readers and writers. You can find new books, discuss a book or author you have read with other readers, and write, share and promote your own stories. Here we bring to you five of our absolute favorite online book communities.

Wattpad is one of the largest, most popular online book reading and writing community. It’s user-friendly, especially for beginners, and gives you a taste of what it’s like to have globe-wide friends with similar interests and agendas.

For new writers, the website freely allows you to create an account and start writing books, giving you chapter divisions, fan cast sections, musical and video inputs into the chapters and so much more. There is no word or age limitations. Whether you’re 13 or 30, you can simply log in and belong. If your work is good enough, Wattpad even publishes it, allowing you to become an actual, legitimate author.

For new readers, the Wattpad community has abundant genres and subgenres for to choose from. If you wish to follow a story in progress, you can wait until the author uploads it weekly. If you’d rather read them all in one go, then there is a separate shelf of completed books.

Did someone say disturbing and frightening? Because this site is it. Creepypasta has existed since the turn of the century when internet first came into existence. People started copy-pasting horror myths on various websites and calling it Creepypasta.

In 2008, an official website was established where people all over the world started creating their own horror legends. Some of them have made so many rounds that they’ve become pop-culture icons. For instance, The Slenderman and Jeff the Killer.

Creepypasta is a space for young writers to create something out of all that which haunts their minds daily. There are hundreds and hundreds of stories for every reader to choose from. The site specializes on short, creepy stories from users as well as values long anthologies written over the years.

If Stephen King is your favorite author, then maybe you could give this website a try. You’re bound to come out with some great (or not so great) experiences.

Venturing into the world of Chinese literature in English language, Wuxia World is a beast in the current online book domain. “Wuxia” in Chinese translates to “martial heroes”. Even though the website is highly focused on Chinese fantasy, with the main characters being martial artists and going on different adventures, the community has evolved into something much more today.

It also features romance and mystery novels set in the present day. Not only that, Wuxia World allows you to explore Chinese sci-fi stories, fantasy stories set in both modern and medieval universes with complex characters and in-depth research.

If you’re looking to venture into the rich world of Chinese literature and get a glimpse of their complex cultures, this is where you can turn to.

You remember three years ago when every YouTuber was doing reactions to these stories told through text messages? That’s Tap.The website and app were created by the core members of Wattpad.

It’s quite simple to use the app. You go to the website and pick out a story. With each tap on the screen, you see a new message popping up. Because the chat boxes are no different than regular conversations, the messages are very immersive and informal.

You can have two friends talking to each via text while also learning about the things happening in the background through their exchange. Eventually, the entire texts comes to an end with a conclusion to the story in the backdrop.

Another convenient fact is that the conversations are usually short and will be over within half an hour or an hour at the most. So if you’re one of those who doesn’t like getting into long books, this app is just right for you. It’s free and easy to use. All you have to do is sign up and start reading. And if you’re interested in writing, Tap also has a “create” section where you can form your own story.

Sweek is an alternate website for those who don’t want to use Wattpad. Established for both writers and readers, this website has thousands and thousands of both published classics and fiction books as well as online stories created by newbie writers.

The websites often holds writing contests for authors to participate in. Similarly, if your book gets noticed or has substantial story, Sweek Publication publishes your book and you can make a living through writing. The community thrives on its various genres ranging from romance and mystery to fanficiton and short stories.

There’s a lot of interesting content on Sweek that will keep you engaged for hours on end.

Britney Spears offers to help fans struggling due to coronavirus

Pop star Britney Spears has announced that she will be helping out three fans during the lockdown in the US... Read More...