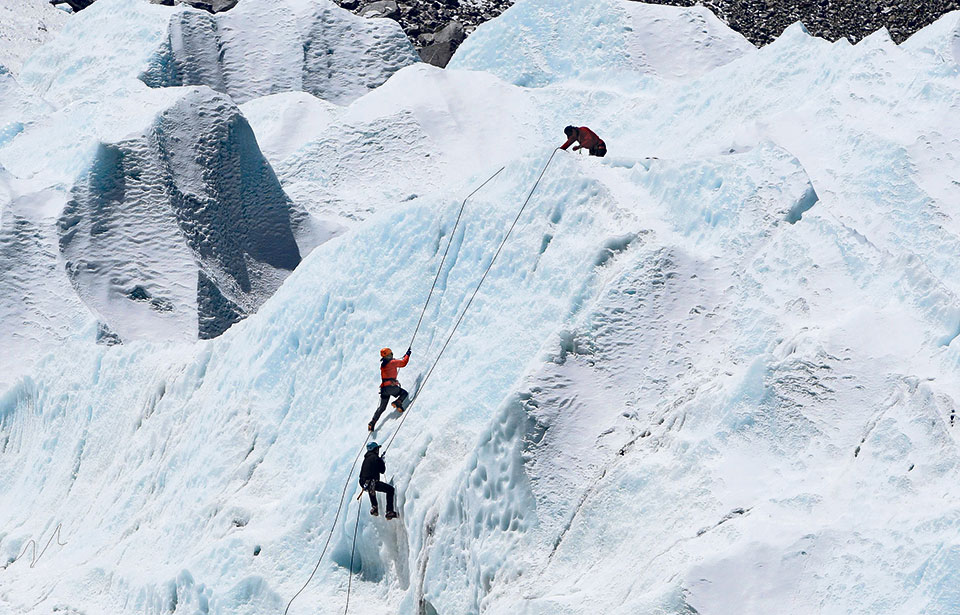 KATHMANDU,  May 22: Mountaineer Damai Sarki Sherpa died last night during descent after reaching the top of the Mount Everest.

The Solukhumbu Police confirmed the death of 36-year-old climber of Khumbu Pasang Lhamu Rural Municipality-1 in the district.

According to Inspector of Police, Pradyumna Kumar Adhikari, Sherpa, a professional mountain guide was injured after falling from the Khumbu Icefall at the Everest Base Camp-II Monday night. Though he was rescued alive and rushed to the Mountain Medical Center based at ward 5 of the same rural municipality, he breathed his last amidst the treatment.

He was associated with the Sherpa Himalyan Association Company. Prior to this, two foreign nationals--36 year Japanese climber Nobukazu Kuriki and 62-year-old Gjeorgi Petkov from Macedonia, both male, died while descending from the Camp-III on Sunday night. Altitude sickness is said to be the cause of their deaths.

Till Monday, the ninth day of the Mount Everest expedition of this season, over 315 climbers have successfully completed their mission.

KATHMANDU, May 21: An American climber on Mount Everest died on Sunday, officials said, the third death on the world's highest... Read More...