One girl under 15 married every seven seconds: report 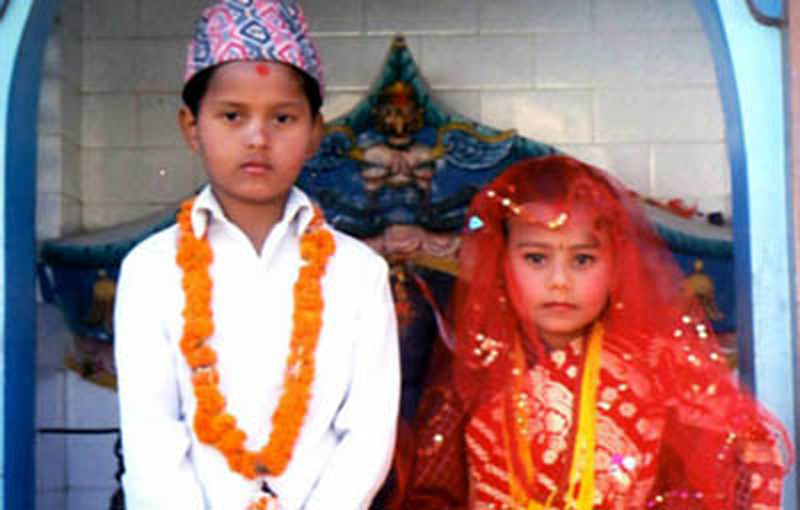 One girl under the age of 15 is married every seven seconds, according to a new report by Save the Children.

“Girls who marry too early often can’t attend school, and are more likely to face domestic violence, abuse and rape. They fall pregnant and are exposed to STIs (sexually transmitted infections) including HIV,” she added.

According to the study, girls as young as 10 are forced to marry much older men in countries including Afghanistan, Yemen, India and Somalia.

Save the Children points toward the negative impact an early marriage can have on a girl’s life. It notes that conflict, poverty and humanitarian crises are major factors that leave girls exposed to child marriage. Two thirds of girls feel they can’t take decisions about critical issues in their lives in Ecuador, Nicaragua, Pakistan and Zimbabwe.

The report, titled ‘Every Last Girl’, ranks countries on the hardest place to be a girl based on schooling, child marriage, teen pregnancy, maternal deaths and the number of women in parliament. It says many refugee families marry off their daughters as a way to protect them against poverty or sexual exploitation.

The charity used the example of a 13-year-old Syrian refugee in Lebanon it called Sahar – not her real name – who was married to a 20-year-old man. Now 14, she is two months pregnant. “The wedding day, I was imagining it would be a great day but it wasn’t. It was all misery. It was full of sadness,” Save the Children quoted her as saying. “I feel really blessed that I am having a baby. But I am a child raising a child.”

The report says girls also suffer during humanitarian crises such as the Ebola outbreak in Sierra Leone where the shutting down of schools led to an estimated 14,000 teen pregnancies. The UN children’s agency, Unicef, estimates that the number of women married in childhood will grow from 700 million today to around 950 million by 2030.

The Save the Children’s report coincides with International Day of the Girl on Tuesday.

Every should be happy women's day

While social media platforms are flooded with hashtags and powerful messages on Women’s Day, I questioned myself how could it... Read More...

'I enjoyed every bit of Nepal visit': Indian Prez